A MAN chops off a fallen tree along the national highway in the boundary of Tarlac and Nueva Ecija due to heavy winds spawned by Typhoon ‘Santi.’ RICHARD A. REYES

THE INQUIRER is coming out today with the 17th of its series on pressing people’s concerns that should be high on the agenda of candidates for representative, governor or mayor in the May 9 elections. The series should help voters in the provinces choose their leaders wisely. In line with our “ThINQ.Vote.” advocacy, we have asked candidates in certain provinces, cities and congressional districts to outline their concrete plans of action in dealing with specific issues in their areas. 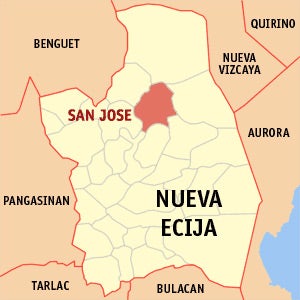 Nueva Ecija has been feeding much of Luzon since the 1920s, earning the title “Rice Bowl of the Philippines” because its vast farms have remained some of the largest rice producers. It is also a principal grower of onions and corn.

Because of its status as a leading rice producer, the province has a large concentration of agricultural research facilities, such as the Philippine Carabao Center and the Philippine Rice Research Institute.

But the place is more than just a food source. Named after the Spanish town of Ecija in Seville province, Nueva Ecija is symbolized by one of eight rays on the Philippine flag, which represent the first eight provinces that took up arms against Spanish colonial rule in 1896. Cabanatuan once served as the seat of government when Gen. Emilio Aguinaldo retreated to Nueva Ecija in 1899.

GRANARY TALES. Since the 1920s, Nueva Ecija has been the “rice granary of the Philippines” due to its high aggregate total harvest. According to the Philippine Rice Research Institute (PhilRice), its average production per year is 1,113,284 metric tons (MT). From 1990 to 2010, its contribution to the production of palay in the country was an average of 8 percent. In 2014, output was close to 2 million MT. However, the number of poor families in the province has increased. Their plight has worsened with the introduction of combined harvesters (machines that harvest, thresh and bag crops). How do you address these concerns? 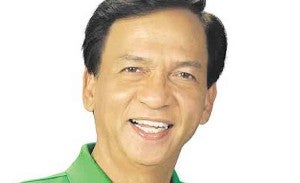 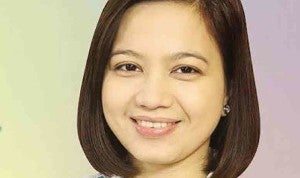 HISTORY OF VIOLENCE. The Commission on Elections (Comelec) has placed Nueva Ecija on its list of election hot spots because of its history of violence that is rooted in political rivalries. In 1980, a raid on the Cabanatuan City Hall resulted in the death of nine people and the burning of the building. Then Mayor Honorato Perez escaped unhurt. In 1995, days before the election, Perez, then running for governor, and his aide were killed in a confrontation with a rival political candidate. Too many killings need a closer examination of the political culture that has spawned these types of violence.

DYNASTY  POLITICAL DYNASTY. The Josons have dominated Nueva Ecija politics in more 50 years. It started with the election of the patriarch, Eduardo, in 1959, who was reelected six times. The clan’s political dominance ended in 2004 when then Rep. Aurelio Umali trashed the election bid of another Joson and repeated his mastery in polls when he defeated two members of the Joson clan in succeeding elections. Umali is now running for representative of the third district. He fielded his wife, Czarina, for governor, against former three-term Rep. Rodolfo Antonino, whose daughter, Magnolia, won the seat he vacated and is now running for reelection. What are your thoughts on this issue?

The phrase, “Let the people decide,” was the principle enshrined by the Supreme Court when it ruled in favor of the presidential candidacy of Sen. Grace Poe. Voters should be allowed to choose people who serve them well.

On the issue of public service, let the people make the decision on whom to elect.

I am not in favor of political dynasties, especially if they rule people through fear, corruption and oppression. The way I see it, belonging to a political family per se is not entirely evil for as long as the rights of the people to choose their leaders and air their sentiments and grievances are respected.

When an antipolitical dynasty law is enacted, I will duly submit to its provisions.