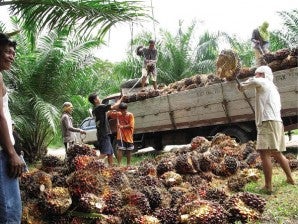 MATANAO, Davao del Sur — The local government here has shut down a palm oil mill, owned by the Palm Asia Milling Corp., in Barangay Cabligan, after an inspection bared various violations, including lack of environmental compliance certificate and business permit.

The palm oil mill started operating in October 2015 and has since been the subject of complaints from villagers.

Villager Rodolfo Antonino said the foul odor emitted by the mill had caused them illnesses such as headaches and pulmonary problems.

Anselmo Permangil, another resident, said they also suffered stomach aches due to the stink coming out of the plant.

Acting on the resident’s complaint, the Municipal Environment Office of Matanao conducted an inspection of the mill on April 14 and found out that it had been operating without ECC and business permit.

The company had no pollution control system either, said the MEO report.

Mayor Elmer Javellona said because of these violations, including other irregularities, the local government decided to shut down the mill’s operation.

“They can only operate again if they had secured the necessary documents,” he said.

The company refused to issue any statement on the matter.

Javelona said during their recent talk with the company, its officials pledged to comply with the requirements and also promised to put in place a pollution control system.

Residents said if the company could satisfy all the requirements, they would issue their consent for its operation.

But until then, they could not allow it to resume operations.  SFM