Obama calls on China to increase pressure on North Korea 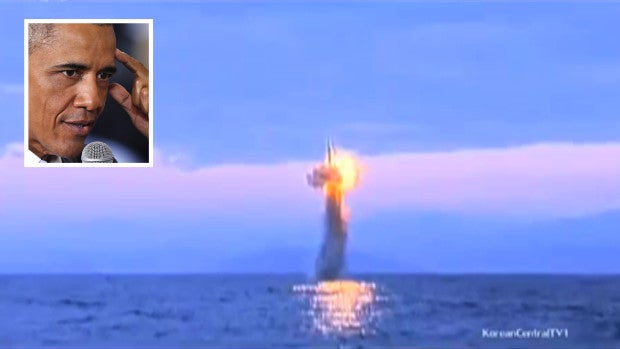 US President Barack Obama on Sunday urged China to increase pressure on North Korea after the rogue state launched another missile, this time from a submarine. INQUIRER WIRES

He added: “We have cultivated cooperation with the Chinese to put pressure on North Korea. Although it is not where we would completely like it to be.”

The test is the latest in a series of  nuclear and missile tests by the isolated country.

It was followed just hours later by a North Korean offer to impose a unilateral moratorium on nuclear testing if the United States suspends annual military drills with South Korea.

But Obama said: “We don’t take seriously a promise to simply halt until the next time they decide to do a test.”

He said progress was only possible if North Korea showed a willingness to mothball its nuclear weapons programme.

The escalating tensions come as North gears up for a rare and much-hyped ruling party congress early next month — the first in 36 years — at which Kim is expected to take credit for pushing the country’s nuclear and missile weapons programme to new heights.

Analysts and senior South Korean  officials have suggested the regime may carry out a fifth nuclear test as a display of defiance and strength ahead of the congress.