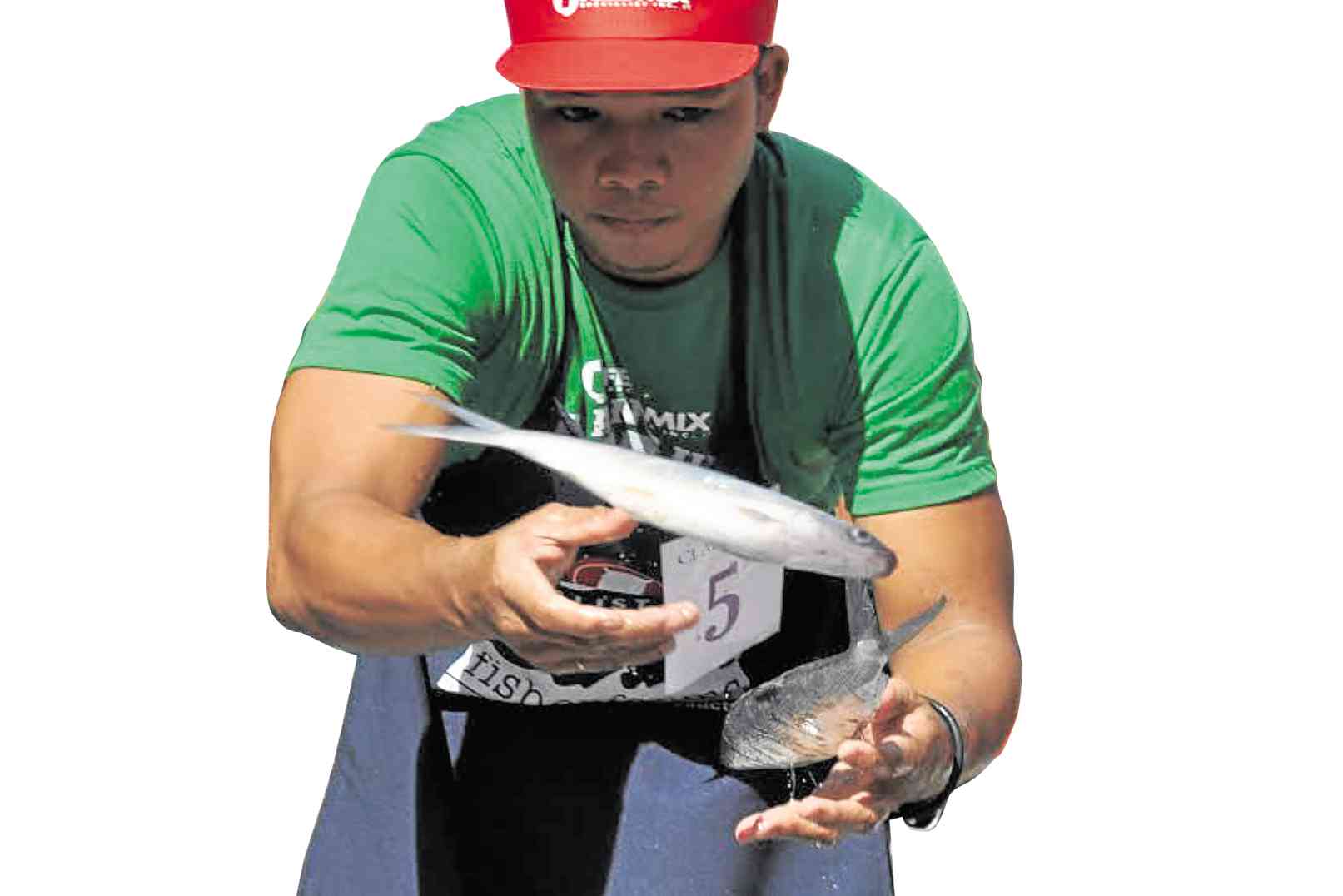 RYAN Doria competes in the milkfish classifying contest during the Bangus Rodeo, one of the events in this year’s Bangus Festival in Dagupan City. WILLIE LOMIBAO/Inquirer Northern Luzon

Bangus grower Alfie Flores won an additional P10,000 when another bangus from his pond measured 77.5 centimeters long, making it this year’s second-longest bangus.

The longest bangus, owned by Flores’ brother, Alfonso, measured 80.5 cm, longer than the winner last year which was 76 cm long.

This year’s entries were all raised in the ponds in Barangay Lucao, Pugaro, Bonuan and Salapingao, the city’s leading bangus producers.

In the skills competition, the fastest bangus deboner was Marilyn Ugaban, who won P5,000. The fastest bangus classifier (sorter) was Ryan Doria, who placed third in the 2014 and 2015 contests.

Molina said the bangus rodeo, which had become one of the most awaited events in the festival, showcased the bangus growers and workers’ skills.

Bangus are classified into small, medium and large batches, according to their weight. Classifying is done with the use of the fingers and the palm of the sorter instead of a weighing scale.