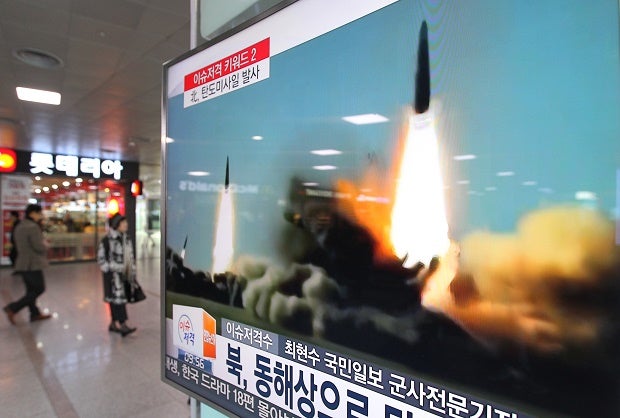 Kim Hong-kyun, South Korea’s Special Representative for Korean Peninsula Peace and Security Affairs, made the remarks after holding talks with his Chinese counterpart, Wu Dawei, in Beijing earlier in the day.

Kim said he and Wu “affirmed our firm opposition to any provocations by North Korea that violate U.N. Security Council resolutions, including an additional nuclear test.”

“We agreed that additional grave measures should be taken if North Korea makes a further provocation despite such international warnings,” Kim said.

North Korea has been slapped with tough international sanctions following its fourth nuclear test in January and the launch of a long-range rocket in February.

Satellite images have shown that North Korea may have resumed tunnel excavation at its main nuclear test site.

During a press briefing on Friday, China’s foreign ministry spokeswoman Hua Chunying did not get into details of the talks between Kim and Wu.

However, Hua said that the talks “will help enable the two sides to make joint efforts to ease the current tensions on the Korean Peninsula.”

“We hope that we can stay in close communication with the South Korean side and push forward the resumption of the six-party talks under the framework of implementing U.N. Security Council Resolution 2270,” Hua said of the latest U.N. resolution against North Korea’s nuclear test and rocket launch.

North Korea is gearing up for a key party congress early next month with some analysts saying that Kim Jong-un may think that a fifth nuclear test is needed to burnish his credentials ahead of the May event.

The U.S. envoy Kim said the U.S. and China “remain united on our firm opposition to North Korea’s provocative and irresponsible behavior.”

The U.S. and China “are deeply concerned” over signs of North Korea preparing for another nuclear test, Kim said, urging the North to refrain from making any such provocation.