Davao Oriental put under state of calamity due to drought 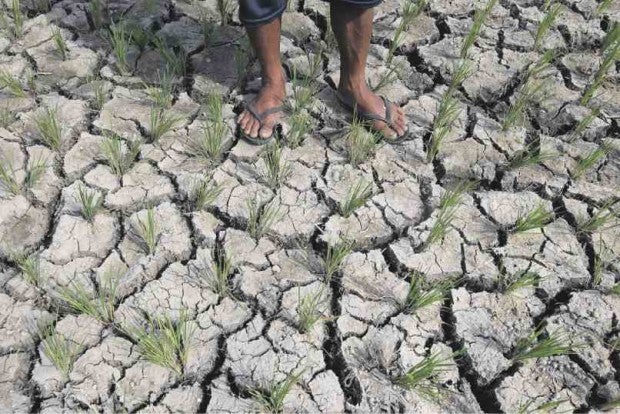 DAVAO CITY – The provincial government of Davao Oriental has put the entire province under state of calamity because of the prolonged dry spell.

Governor Corazon Malanyaon, citing a report by the Provincial Agriculture Office, said the drought has damaged crops and livestock in the province’s 10 towns and the city of Mati.

“It is evident that even [to] date, the province is experiencing tremendous dry spell brought about by the El Niño phenomenon, causing damages to our economy and ecology,” Malanyaon said in a statement.

She said a total of 3,870 farming families have been severely affected the weather phenomenon that has already damaged more than 3,000 hectares of agricultural land.

The provincial government has initially placed the amount of damage at P42.1 million.

At least four local government units have earlier declared a state of calamity. These are the City of Mati and the towns of Tarragona, San Isidro and Lupon.

With the declaration of state of calamity, the provincial government can now access five percent of its calamity funds for the relief efforts.

Malanyaon said they would be providing the much-needed assistance–like food, emergency employment and livelihood–to the affected residents. CDG