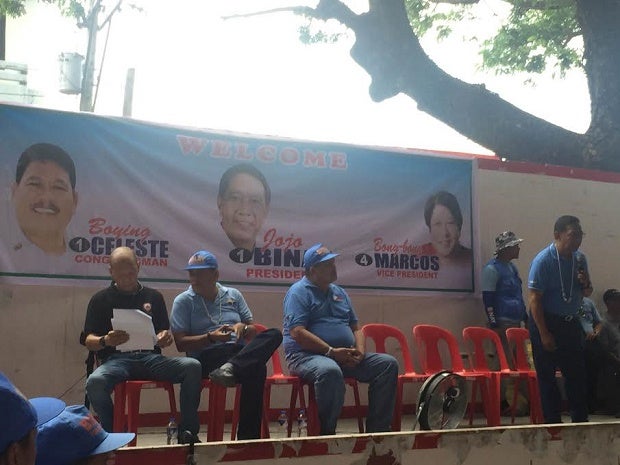 Binay spoke before an audience clad in white shirts with the words “Binay, Bongbong, Boying” at the back.

Posters of Marcos’ and Binay’s faces were also set up around the stage during the vice president’s campaign rally.

Celeste and other local officials even wore polo shirts with the words “Pres. Binay, Vice President Marcos” embroidered on a Philippine flag badge on the chest.

In an interview with reporters after the rally, Binay said he respected Celeste and the local government officials’ decision to support Marcos instead of Honasan.

“Tingnan natin kung ‘yon ang gusto ng tao (Let us see if the people want it). In an honest and peaceful election, we will have to respect it,” Binay said.

For his part, Celeste said the local officials in his district support Marcos because the latter is a fellow Ilocano.

(Here in North Luzon and in Congress, there is a Northern Luzon block. There is a ‘Solid North.’)