Local leaders must be at forefront of climate action–Legarda 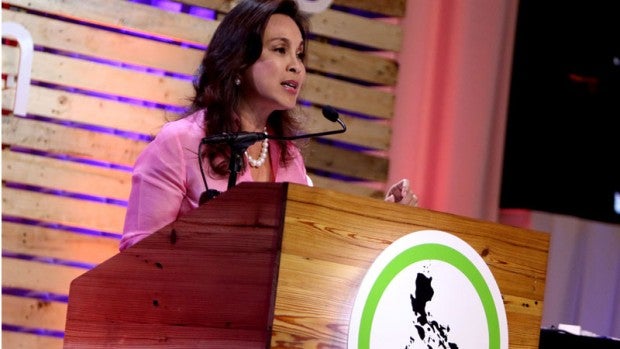 The Philippines’ ratification of the Paris Agreement immediately got the backing of local government leaders, saying that acting on the climate crisis is an “intergenerational commitment.”

Senator Loren Legarda, who is in New York as co-head of the Philippine Delegation for the Paris Agreement signing ceremony at the United Nations Headquarters, said the Union of Local Authorities of the Philippines (ULAP) has called on the government to immediately adopt the Agreement.

ULAP is the umbrella organization of all leagues of local government units (LGUs) and locally elected officials in the country.

“Local leaders must be at the forefront of climate action to ensure that solutions will address the specific climate vulnerabilities of communities. I am glad that our LGUs have joined our efforts to ensure the early entry into force of the Paris Agreement,” Legarda, UN Global Champion for Resilience and chair of the Senate Committee on Climate Change, said in a statement.

Local leaders, she said, have committed to ensure the institutionalization of the country’s commitments under its Nationally Determined Contribution (NDC) and to continue the urgent appeal for world leaders to implement the agreements on reducing emissions, formulating and implementing mechanisms on climate finance in the context of loss and damage and adaptation, mitigation, technology transfer and capacity building for countries vulnerable to climate change.

She said the organization also encourages its membership and their constituents to ensure a smooth transition to clean and sustainable energy by phasing out coal-fired power plants by the year 2050 while maximizing efforts to shift to renewable energy.

They likewise committed “to fully cooperate with concerned authorities and institutions in developing and implementing programs in accordance with the guidelines prescribed by the authorities, particularly in formally accessing the People’s Survival Fund for local climate actions and programs,” Legarda said.

“I hope that the ULAP Resolution will be passed by all local legislative bodies in their respective assemblies to build up healthy amount of pressure for immediate ratification of the Agreement,” she said.

“We support the decision of President (Benigno Aquino III) to sign it, and congratulate our delegation led by Environment Secretary Ramon Paje and Climate Change Commission’s Emmanuel de Guzman as they participate in the signing ceremony,” Poe said in a separate statement.

READ: The Paris climate deal at a glance

She called on the Senate to immediately ratify the agreement as she promised to lead and participate in this effort.

“After ratification, the next task for us is to honor our commitment as captured in our Nationally Determined Contribution,” said Poe, who is running for president.

“If elected President, I will be faithful to this pledge and reduce our emissions by 70 percent relative to business-as-usual levels by 2030. This means we will have to make a rapid transition to renewable energy and effectively protect our forests and ecosystems. We will also accelerate adaptation efforts so that our people and communities become more resilient.”

“Climate change is the most serious environmental threat that faces the world. As we saw in Typhoon Yolanda in 2013 and the drought now afflicting Mindanao, its effects are deadly and catastrophic for the country. With political will and our children’s future in mind, we will spare no effort in honoring our word,” Poe further said. CDG