Elections 2016: In Valenzuela, a choice between 2 visions

In Valenzuela, a city of around 600,000 with a voting population of 318,931, the battle for the top post at City Hall is just between two rivals—the incumbent mayor who seeking a second term and the current  congressman of the 2nd district.

As part of a series leading to the May 9 elections, Inquirer Metro has asked them about their plans to address three of the most pressing concerns that affect residents and nonresidents alike in their local government units.

On the traffic situation, they were asked to identify the main problem areas and how they intend to ease road congestion on these routes.

For peace and order, what would be their innovative ways to fight the drug menace and curb street crimes like robberies and killings perpetrated by motorcycle-riding assailants?

Regarding informal settlers, how are they solving their plight and where in the locality do they plan to focus? 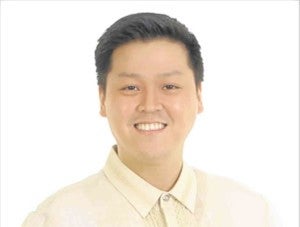 On traffic: Traffic usually builds up at some intersections of MacArthur Highway, on Maysan Road which is the exit from NLEx and at Karuhatan-Gen. T.  De Leon Road which is an entry point from Caloocan and Quezon City.

We have devised a disaster preparedness plan which prepositions goods and services at satellite city halls known as 3S Centers. The plan also takes into consideration the mobility of residents. We have started to reclaim sidewalks from obstructions. We will continue to do so and we will make those more “walkable” to encourage walking as a choice mobility option.

We will build bike lanes to promote biking as an alternative mode of transportation.

These options can help alleviate traffic (by reducing the number of) bigger vehicles on the thoroughfares, particularly for those traveling only within the city.

We are also negotiating with private subdivision residents to open up their roads to public traffic as alternative routes.

Most of the roads in Valenzuela are narrow and can no longer accommodate the city’s continuous development. To address traffic congestion, the national government has road-widening plans on several national roads in the city.  We support this endeavor to address the growing problem on traffic.

On peace and order: We have been strengthening our local police force (by) investing in their training and gear. We make them more mobile to increase their visibility.  It is perhaps due to these that there is minimal incidence of street crimes recorded in the city.

Valenzuela has become a transshipment point of illegal drugs due to its proximity both to the province of Bulacan and other cities of Metro Manila.  The spread of illegal drugs is also related to poverty.  It is almost written in history that jobless individuals are forced to resort to pushing drugs to earn a living.  To address this, we will create more jobs to draw them away from this illegal wrong doings.

Currently, Vadac has a paralegal staff and a lawyer who can help and train our local police in building up illegal drug cases. This aims to drive up the conviction rate of illegal drug traffickers and others with similar violations.  We will further boost this approach in the coming years.

On informal settlers: Housing is one of the five pillars of my governance platform.  In the coming months, the 11-hectare Disiplina Village II located in  Barangay Bignay will be ready for occupancy.  This is, perhaps, the biggest in-city relocation project in the entire country.  It will house 3,186 families currently living in danger zones, such as waterways.

In the coming three years, we will focus on building better communities for those living in danger zones, but we will not leave behind other informal settlers.  If they live in private lots, we will continue assisting them to gain ownership of the property through programs being offered by national housing agencies, such as the Community Mortgage Program. 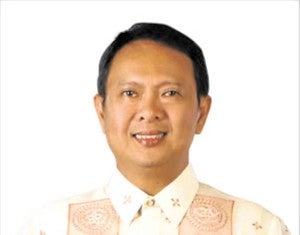 On traffic: The stretch of MacArthur Highway, estimated to be 3 km long from Barangay Malinta to Barangay Marulas, is one of the City’s major thoroughfares with heavy concentration of traffic since both sides of this highway are lined with commercial establishments, banks and government offices.  The city government needs to flex its muscle to strictly implement the law.

Traffic rules need to be observed properly; thus, we need to employ well-trained traffic enforcers to facilitate the flow of vehicles. Public utility vehicles will be allowed to load and unload passengers in designated stops only. We shall also develop and establish alternate routes for private vehicles in order to reduce the volume of traffic in the main highway.  We need to install high-resolution CCTV cameras in strategic places to monitor the traffic, detect accidents and cause the removal of stalled vehicles and illegally parked vehicles.

On peace and order: Drugs and street robberies are prevalent in Valenzuela, especially among people who have nothing to eat. A hungry stomach knows no law. Thus, we need to also address the social component of crime prevention—that is, enhancing the lives of people through livelihood, education and social services.

Furthermore, we need to harness the help of the barangays in ensuring that crime-prone areas are well-lighted, law enforcers are visible, and the documentation and evidence-gathering needed to substantiate criminal complaints are done immediately by police investigators and city prosecutors in the crime scene. This is needed so that victims are not inconvenienced and apprehending officers are not burdened with the heavy paper work needed to support the information needed to arrest, prosecute and convict  offenders. We shall also create an information network composed of trustworthy Valenzuela residents to provide tips to the police about criminal activities in the city.

On informal settlers: We have informal settlers because of lack of jobs and opportunities to acquire employable skills. We shall therefore promote and finance skills training for our indigent constituents to enable them to get employed. We shall also encourage the development of  in-city relocation sites with the help of national government  housing agencies.

We shall  continue to be guided by our 3G program—Gamot, Gamit, at Gobyernong Maasikaso

—in helping informal settlers  replant themselves in safe, sustainable  and habitable communities .

Furthermore, we shall spearhead wide-ranging fiscal reforms to make better use of the city’s resources to make local government intervention more efficient and effective in addressing  the basic needs of the people.