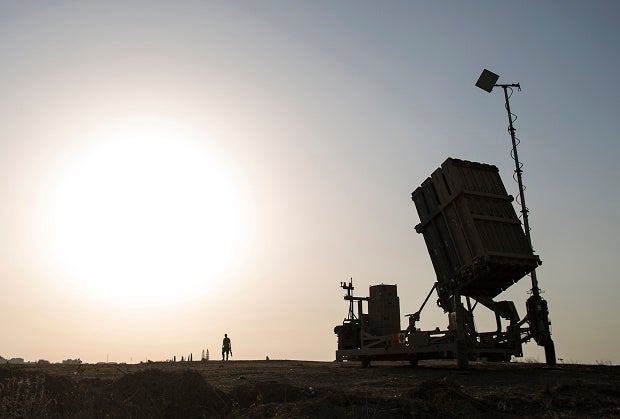 An Israeli soldier walks next to an Iron Dome rocket defense battery near the southern city of Sderot, Israel, in this Sept. 20, 2015, photo. A top Israeli commander said Lebanese militant group Hezbollah had amassed 100,000 missile that could hit Israel. AP FILE

JERUSALEM — A top Israeli military leader on Wednesday issued a stern warning to the Lebanese militant group Hezbollah, saying any future war between the two enemies will unleash “devastating” damage on Lebanon.

Maj. Gen. Yair Golan, Israel’s deputy chief of staff, told foreign journalists that Hezbollah has developed capabilities that present “unprecedented” threats to Israel. Israel estimates the group has over 100,000 rockets and missiles in its arsenal.

Golan said any future war will be “much harsher” than anything experienced in the past 20 years.

“That could create devastating damage to Lebanon,” including in civilian areas, where he said Hezbollah hides and operates. “There is no other way to take out this threat without … creating large damage to the Lebanese infrastructure, to Lebanese houses and other civilian facilities.”

Israel and Hezbollah fought a monthlong war in the summer of 2006 that ended in a stalemate.