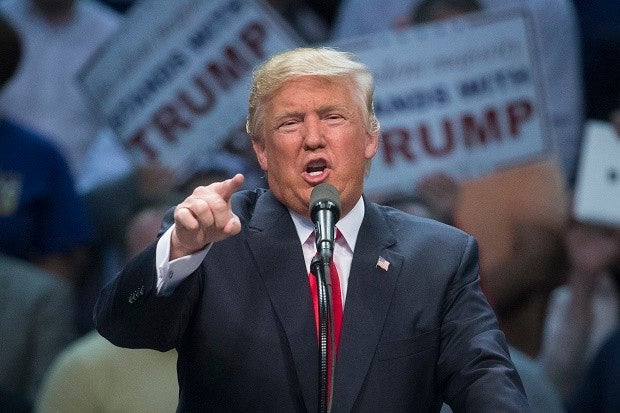 NEW YORK — Donald Trump triumphed with ease Tuesday in the Republican primary in New York, rebounding from a tough stretch that had strained his path to the Republican nomination and highlighted weaknesses in his campaign. Among Democrats, Hillary Clinton and Bernie Sanders were in a close race as polls closed.

The margin of Trump’s victory in his home state and the number of delegates he secures will determine the real impact of his win. If he captures more than 50 percent of the vote, he will be in a strong position to win most of New York’s 95 delegates, an impressive haul that will keep him on a narrow path to the nomination.

Trump leads the Republican race with 756 delegates, ahead of Texas Sen. Ted Cruz with 559 and Kasich with 144. Securing the Republican nomination requires 1,237.

Clinton has 1,758 delegates to Sanders’ 1,076. Those totals include both pledged delegates from primaries and caucuses and superdelegates, the party insiders who can back the candidate of their choice regardless of how their state votes. It takes 2,383 to win the Democratic nomination.

Trump’s closest rival, Cruz, downplayed the billionaire businessman’s win as little more than “a politician winning his home state.” Cruz left New York before the polls closed, turning his attention to Pennsylvania, where he delivered a speech calling on Americans to join together to move the country forward.

“Let us unite on the things that have always made us great,” Cruz said.

READ: Ivanka and Eric Trump won’t be voting for their father in NY

The Democratic contest between Clinton and Sanders marked a potential turning point in their surprisingly competitive race. Clinton has maintained a solid lead in the delegate count throughout much of the primary season, and a win in New York would strengthen her claim to the Democratic nomination. Even before the results were in, her top campaign aides were casting her as the near-certain nominee and urging Sanders to tone down his attacks on the former secretary of state.

An upset win for Sanders, however, would be a blow for Clinton and raise fresh questions about her weaknesses. Sanders campaigned aggressively in New York, playing up his own local roots in Brooklyn, but he, too, headed to Pennsylvania before voting wrapped up.

Speaking at a rally in State College, he appeared to predict a win for his rival.

“Virtually the entire New York Democratic establishment is standing with her,” he said. “You know what, we’re going to do just fine tonight in New York.”

The fight for New York’s delegate haul has consumed the presidential contenders for two weeks, an eternity in the fast-moving White House race. Candidates blanketed every corner of New York, bidding for votes from Manhattan and the surrounding boroughs to the working class cities and rural enclaves that dot the rest of the state.

Trump spent much of the lead-up to Tuesday’s primary combatting questions about his strength as the Republican front-runner and his preparedness for a convention fight.

Having spent months relying on a slim staff, Trump has started hiring more seasoned campaign veterans. He acknowledges that bringing new people into his orbit may cause some strife, but says the moves were necessary at this stage of the race.

READ: US bets scoop up delegates in West, bid for New York love

Cruz is trying to stay close enough in the delegate count to push the GOP race to a contested convention. Cruz’s campaign feels confident that it’s mastered the complicated process of lining up individual delegates who could shift their support to the Texas senator after a first round of convention balloting.

Ohio Gov. John Kasich, the only other Republican left in the race, was seeking to add to his scant delegate total in New York and keep up his bid to play a long-shot spoiler at the convention. Kasich has refused to end his campaign despite winning only his home state.

Trump’s political strength, though he boasts of drawing new members to the party, has left some Republicans concerned that his nomination could splinter the Republicans. Among Republican voters in New York, nearly 6 in 10 said the nominating contest is dividing the party, according to exit polls.