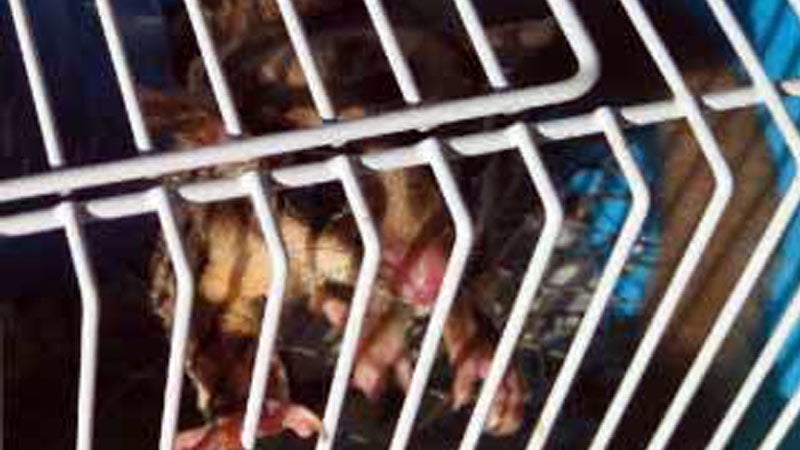 FROM GUNS TO EXOTIC PETS Four sugar gliders (Petaurus breviceps) were among the items seized on Tuesday at the maximum security compound of New Bilibid Prison, where some 3,000 inmates are staying. CONTRIBUTED PHOTO

ADD exotic and protected wildlife endemic to Australia and Indonesia to the list of police seizures from the cells of hard-core criminals at the national penitentiary in Muntinlupa City.

Four sugar gliders (Petaurus breviceps) inside two cages were among the items recovered on Tuesday at the maximum security compound of  New Bilibid Prison (NBP), where some 3,000 inmates are staying.

It was the first time that gliders—small arboreal and nocturnal marsupials native to Australia and Indonesia and in the family of kangaroos and koala bears—were confiscated during the 29th raid conducted by policemen since November last year under “Oplan Galugad,” the NBP director, Supt. Richard Schwarzkopf told the Inquirer.

Schwarzkopf said the prisoners had been taking care of the gliders as pets and as part of their recreation activities.

According to Sugar Gliders Philippines Community, the exotic animals make “wonderful pets” because they relate well to people and form strong bonds with their owners. They are also known to crave attention from humans, it said.

As a policy, the NBP does not allow inmates to keep pets and exotic animals, Schwarzkopf said in explaining why the gliders are in  police custody.

“However, since pets are not considered contrabands, we are actually considering the possibility of allowing dogs or cats inside  NBP to help inmates fight their boredom,” he said.

“It can also be a big part of their reformation,” he added.

The operation, involving at least 120 lawmen, also led to the demolition of the Presidio Headquarters Knights Hospitallers, which, according to NBP officials, served as the “house” of notorious drug dealer Luis Go.

“We are one by one removing these luxurious shelters of inmates because we want everyone treated equally. We have transferred these detainees to their official prison cells after the demolition,” Schwarzkopf said.

He said  NBP would continue Oplan Galugad in the coming weeks and months as part of their security measures.

“We hope to make this a routine to prevent contrabands from entering the prison compound,” the official said.

Schwarzkopf said the items recovered on Tuesday and previous raids might have been smuggled inside  NBP through garbage trucks, ambulances or vehicles of catering services.

Stricter rules have already been imposed on vehicles entering the facility, he said. With a report from John Cyril Yee, trainee