THE INQUIRER is coming out today with the 13th in its series on people’s pressing concerns that should be high on the agenda of candidates for representative, governor or mayor in the May 9 elections. The series should help voters in the provinces choose their leaders wisely. In line with our “ThINQ.Vote.” advocacy, we have asked candidates in certain provinces, cities and congressional districts to outline their concrete plans of action in dealing with specific issues in their areas. 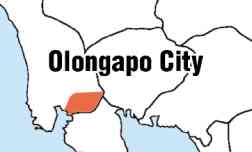 A HIGHLY urbanized city, Olongapo was chartered on June 1, 1966. It is located 127 kilometers north of Manila and has a total land area of 18,500 hectares or 185 square kilometers.

The city administers itself separately from Zambales province. It once hosted the US naval base in what is known today as the Subic Bay Freeport. It is also known to be the last piece of Philippine territory surrendered by the United States in the 1950s.

It has survived the withdrawal of the US bases from the country and the Mt. Pinatubo eruptions in 1991.

The city derived its name from the phrase, “Ulo ng Apo,” which means the head of the wise, old man. The National Statistical Coordination Board placed the city population at 221,178 (based on 2010 census). It has 111,912 registered voters.

BIG VERSUS SMALL. Olongapo City is the center of trade, commerce and services in west Central Luzon. It has three central business districts. Records in 2014 showed 7,318 registered businesses and a gross exchange of goods and services of more than P7.3 billion. But the concentration of investments comes from Big Business, and growth has eluded the small and medium-scale enterprises. How can you level the field for the small businessmen? 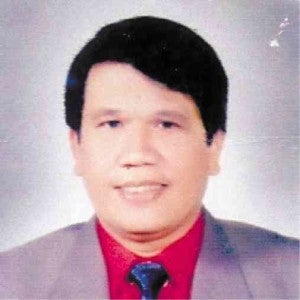 I have been a supporter of small enterprises. When I get elected, I will:

Prioritize the welfare of the small businessmen.

Invite investors to put up businesses that will benefit even the small players of the economy.

Encourage the construction of a cable car system.

Encourage some factories in Metro Manila to relocate or put up their plants in the city’s mountainous area. I will also redefine the areas where these companies can place or sell their products.

Peace and order in the city has been a huge problem and the quality of life for residents has gone down, including the performance of the local government—all of which negatively impacts on the local economy.

That must change, and once elected, I will bring back the conditions necessary for business to flourish in Olongapo, while safeguarding the interests of small and medium entrepreneurs.

The emergence of big businesses complements the existing smaller ones. In Olongapo City, small businesses flourish alongside the big ones. During my first term as mayor, the process of doing business in the city was made easier than before, especially for small enterprises.

We simplified the steps in securing business permits through our “BOSS” (Business One-Stop Shop ) program. We made our city a business-friendly place where big companies coexist with the small players in the marketplace.

POWER TO THE PEOPLE. Multisectoral groups in Olongapo and Zambales are protesting the construction of a coal-fired power plant in Subic Bay Freeport. RP Energy, a consortium led by Manila Electric Co., Aboitiz and Taiwan Cogen, is building a 600-MW coal-fired plant on the Redondo Peninsula inside the port. City and provincial officials are against the project, fearing its impact on the environment and health. How do you intend to address this polarizing issue?

I am opposing the coal-fired power plant since it destroys the atmospheric layers of our earth that results in severe climate change. There should be a consensus among residents to stop the construction of the power plant.

We can still stop that project. Start a signature campaign and petition the Court of Appeals or Supreme Court or any other courts to stop its operation. 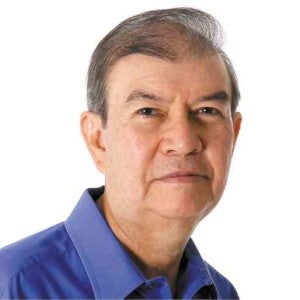 It was under my administration when Olongapo issued several resolutions against the coal-fired power plant. I have personally joined various multisectoral groups in voicing our concerns about the project.

Protect the welfare of the people. The city government has to make sure that any operator of a coal-fired power plant will be able to address the health issues that are attached to this kind of project.

I have been a staunch opponent of the construction the coal-fired power plant in Subic Bay Freeport. When I was still a vice mayor, I already opposed that project. We passed a resolution opposing that and perhaps we can make another resolution that we can send to the Office of the President and the energy secretary.

If the project still pushes through, we will closely monitor our environment and the health of our constituents.

EXPENSIVE WATER. Olongapo’s water supply is controlled by a private firm, Subic Water and Sewerage Co. Inc. (Subicwater), which wants to raise water rates in Subic Bay Freeport and Olongapo City. Despite reporting a net income of P196 million in 2014, it has petitioned for a 19.5-percent increase in water rates, prompting the Subic Bay water regulatory board to conduct a series of public hearings. What can you do to help water consumers?

Investigate the Subicwater board of directors for increasing the water rate despite earning P196 million.

I am also not in favor of buying back the city’s share in Subicwater.

Look into the sale of the city’s water supply to Subicwater and the privatization of the Olongapo Electricity Distribution Co. Inc. (OEDC). There was no reason to sell the supply of water and electricity to private companies since these utilities had been earning for the city.

In 2013, Olongapo sold 10 percent of its share in Subicwater to address the issue of conflict of interest because the city government cannot effectively both be a regulator and an owner of a utility. We did this to strengthen our position in opposing any rate increase that they proposed, but we were outnumbered in the board.

Olongapo and the Subic Bay Metropolitan Authority can each appoint its own set of regulators. The most effective way to protect the interests of residents is to appoint an expert in that job, and not merely a political appointee. 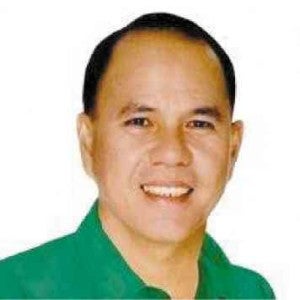 Having an expensive water rate in Olongapo has been the adverse effect of having no representative in the board. This was the harsh consequence of selling the city’s 10-percent share in Subicwater. The residents become helpless whenever Subicwater applies for water rate increase and the Subic Bay water regulatory board approves it.

The good news is that we were able to buy back that share just recently. This will now ensure that before Subicwater increases its rate, it will undergo a comprehensive scrutiny by our representative.

Interview and photos by Allan Macatuno and EV Espiritu

Read Next
Mayor Estrada spends birthday bash endorsing Poe
EDITORS' PICK
SSS: Members on home quarantine due to COVID-19 can apply for sickness benefit
Gear up and get ready to play with Yamaha Mio Gear
Mobile COVID-19 vaccination for commuters, transport workers set at PITX
Kalinga, Ifugao, Mt. Province, N. Samar will be under Alert Level 4 from Jan 21-31
PH to send 584 athletes, 161 officials to Vietnam SEA Games
Acer starts the year off strong with the Aspire Vero National Geographic Edition
MOST READ
Imelda Marcos trends on Twitter after octogenarian jailed for allegedly stealing mangoes
Mayor Vico counters vice mayor: ‘Did I say anything about his family?’
PH 51st on list of world’s most powerful militaries
‘Unbelievable!’ Pacquiao hits DA’s plan to import 60,000 MT of fish
Don't miss out on the latest news and information.