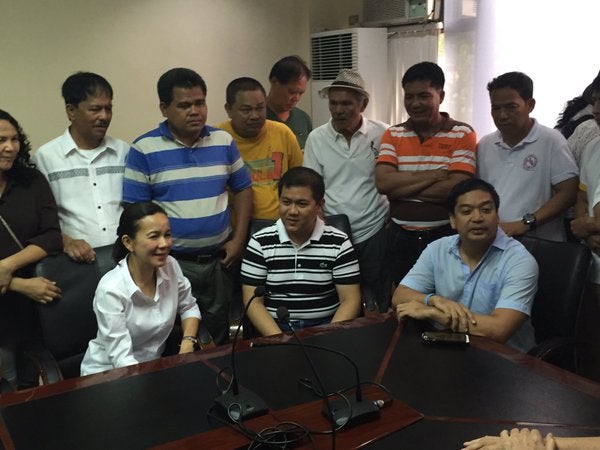 But the courtesy call was not without the consent of LP standard-bearers, presidential aspirant Mar Roxas and running mate, Camarines Sur Representative Leni Robredo.

Alfelor said it was Camarines Sur Governor Luis Miguel “Migz” Villafuerte, a member of Nacionalista Party, who asked him if Poe could pay a courtesy call on him when she arrives this Friday.

(I told him I could accept her as visitor here but I cannot fully support her because LP has its standard-bearer.)

But before acceding to Villafuerte’s request, Alfelor said, he first sought the permission of Roxas and Robredo last week.

(Actually, I also sought the permission even of Ma’am Leni that this would be the situation. She said, “I understand. It’s okay.”)

“Sabi n’ya (Roxas) lang as your capacity nga as mayor (He said that, ‘in your capacity as mayor, you can receive her,’” Alfelor said.

Poe and some of her senatorial bets will campaign in this province without Escudero, who hails from Sorsogon.

It was Poe’s first sortie in the province since the official campaign kicked off last February 9.

After the courtesy call, Poe will have a meeting with local officials and then have a motorcade in the afternoon.

The main event of her visit is a rally slated at 7:00 p.m at the Capitol Complex in Naga City.