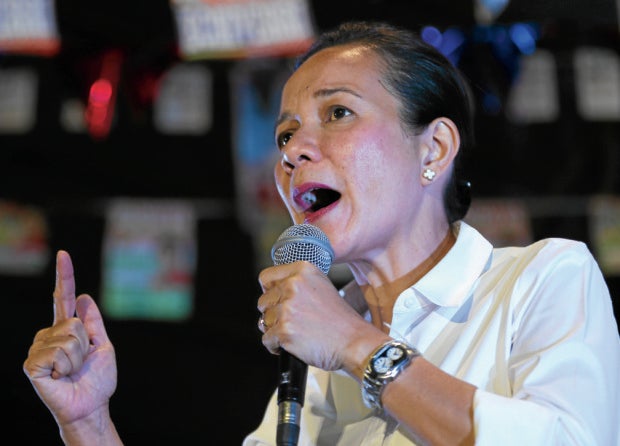 Presidential candidate Senator Grace Poe promised on Wednesday that if elected, Filipinos would immediately feel secure in just her first month in office.

(I’m very optimistic that if I become the president, Filipinos would feel security in my first month in office.)

(Why? Because we will assign a decent PNP chief.)

She said she would also set a deadline for every village in the country to address the crimes and illegal drugs in their areas and they would be given cash rewards if they register a low or zero incident.

The police chiefs in the areas, however, she said, would be recalled to their office if they fail to do their job.

Poe also talked about the need to increase the number of police on the streets as well as the need to raise their salaries.

She clarified that what she intends to do in her first month in office is to provide the feeling of security to the public and at the same for them to feel that the government is on their side.

(The feeling of security but at the same time the public will feel that the government is on their side.)

(Within one month, the people will feel that they can rely [on the government] and they won’t be desperate that they problems will not be resolved.)

Poe could not say, however, if after a month, the crime incidents in the country would significantly go down.

(The important thing is within the first month, the people will feel that their commander in chief appointed trustworthy individuals and that the people can go to their respective villages to ensure that the programs against crime and illegal drugs are implemented.)

Her political opponent, Davao City Mayor Rodrigo Duterte, has been promising the people that he could solve the criminality and drug problems in the country within three to six months in office.

Duterte is now the frontrunner in the presidential race based on latest poll surveys. RAM