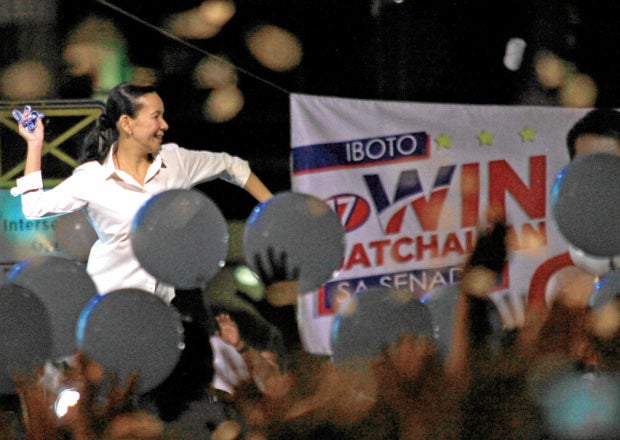 Poe did not issue any statement on the SWS survey though she was out all day campaigning in Oriental Mindoro and Laguna provinces.

“The current survey results will continue to guide our campaign on the next moves we will take. The information this survey provides will serve as compass for our group in charting our next course,” Gatchalian said in a text message.

“As the homestretch of the campaign period draws nearer, Sen. Poe will continue to fight for our countrymen who were left behind.”

Gatchalian said Gobyernong may Puso “seeks to provide solutions for the decades old problems of poverty and unemployment that continue to besiege our nation.”

“Senator Poe places on the table answers that will make our economic growth inclusive,” he said.

“For Senator Poe, it is no longer acceptable when 26 million Filipinos still live in poverty and millions of families still go hungry. As more people hear and understand the essence of Gobyernong may Puso, we believe more support will consolidate behind Senator Poe,” he further said.

Poe was edged out for the first time by Duterte in the presidential race based on the SWS survey conducted from March 30 to April 2.

Duterte topped the survey with 27 percent while Poe received 23 percent.