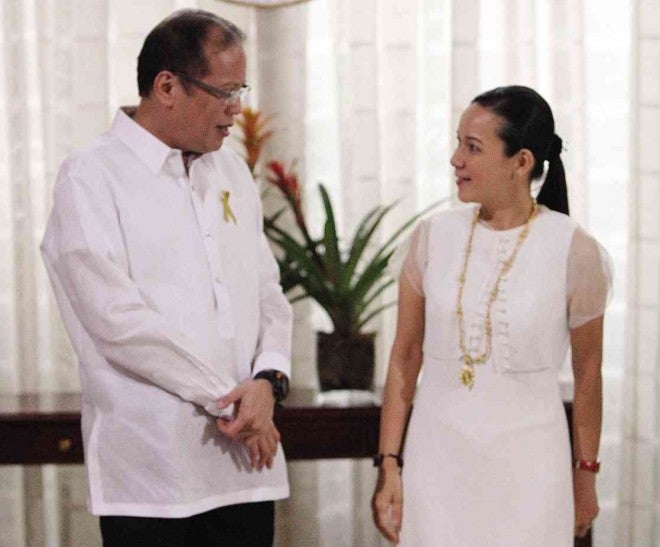 SENATOR Grace Poe met with President Benigno Aquino III about a week before the Supreme Court denied the motions for reconsideration to reverse the March 8 ruling allowing her to run for President, former Senator Francisco Tatad told reporters Monday.

He claimed that the meeting was called so that Aquino and Poe can explore how “to help each other” in the upcoming elections.

Tatad said he also received information that Aquino had given administration candidate Mar Roxas up to April 25 to improve his standing, or the administration machinery will rally behind Poe.

Tatad, together with counsel Atty. Manuelito Luna, went to the Supreme Court to file a second motion for reconsideration to seek a reversal of its ruling that gave greenlight for Poe candidacy.

Read Next
Duterte: Roxas’ LP, elite are the real threats to democracy
EDITORS' PICK
SWS: Over 12M Filipinos still jobless as of May 2021
WATCH: INQside Look with Fil-Am actress Aina Dumlao
SANTIS Delicatessen: The road to survival is sweet and savory
Smart celebrates all kinds of ‘#SimplyLove’ for Pride Month
Behind Terance Mann’s 39, Clippers oust Jazz in Game 6
Smart brings KCON:TACT especially 4U to subscribers from June 19 to 27
MOST READ
William Martinez sometimes feels his kids ‘don’t remember’ him anymore
De La Hoya warns Spence: Be careful of Pacquiao
ICC case vs Duterte may take 3 months in pretrial body
Spread of Delta variant ‘prevented’ –expert
Don't miss out on the latest news and information.