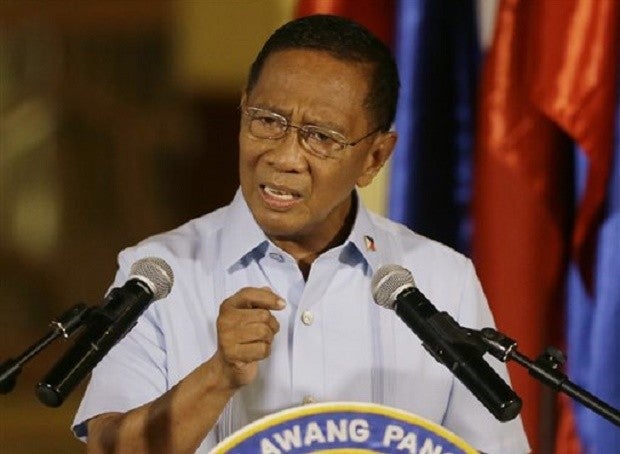 Vice President Jejomar Binay has accused some members of media of being paid to publish reports alleging corruption against him when he was still mayor of Makati City.

Binay visited Radyo Inquirer 990AM on Monday to explain his side following allegations that he earned billions from shady deals during his term as local chief executive.

The Philippine Daily Inquirer, Radyo Inquirer’s sister paper, had published a series of exposes on alleged corruption in Makati involving Binay and members of his family. The exposes have been the subject of a Senate investigation which the Vice President has refused to face.

In the interview, Binay said some reporters and anchors were paid to write critical stories or to criticize him on air over television or radio.

Asked if he was insinuating that the media was paid to derail his presidential bid, Binay said: “Media knows that, come on. We are not born babies here. History ‘yan na ang dami-dami kinukuha na mga consultants, media advocates. Kasi that’s part of it.”

Binay made the statement as Ombudsman Conchita Carpio Morales indicted the vice president and his son, dismissed Makati mayor Junjun Binay, for graft, malversation and falsification of public documents for the alleged rigging of the procurement for the design and construction of the P2.8-billion Makati car park building.

While the Ombudsman has yet to charge the vice president because he is immune from suit, it has charged Junjun before the Sandiganbayan for graft and falsification.

In the interview, Binay also hit the Philippine Daily Inquirer for publishing explosive stories against him, alleging millions in hidden wealth he purportedly stashed in bank accounts with dummies, as well as for making screaming banner headlines more than 40 times against him over the corruption accusations.

Binay even joked that he could use the Inquirer newspapers with his name as banner headlines in his museum someday.

Binay also accused the Inquirer of not publishing his side on its stories.

Still, Binay said he remained grateful to Radyo Inquirer for inviting him to air his side amid the corruption allegations.

Binay said he laments the Filipino culture of deeming a person corrupt based on allegations even without the conviction of guilt from the court.

Binay also blasted the Ombudsman for including him in the graft indictment even though it knows he cannot be charged as an impeachable officer.

Binay said he is at the receiving end of corruption allegations being a religious person who reads four to six religious books before going to bed.

The Binay camp earlier filed a P200 million damage suit before the Makati Regional Trial Court against the Inquirer, as well as Binay’s  critics Sen. Antonio Trillanes IV and Alan Peter Cayetano, Ombudsman Conchita Carpio Morales, and several others for alleging that Binay kept billions of pesos hidden in joint bank accounts with his alleged dummies.