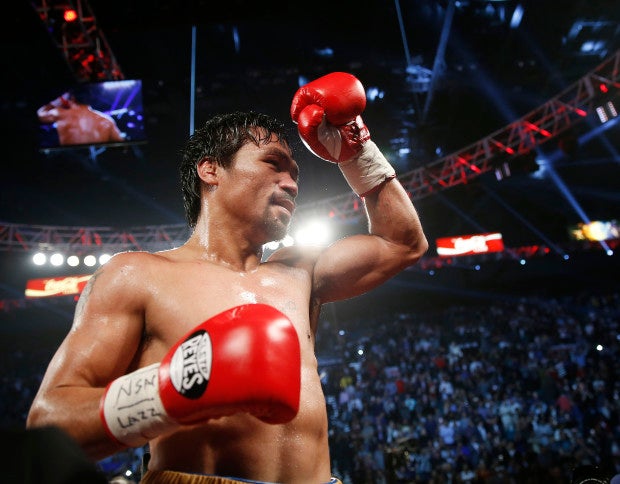 Lawmakers on Sunday lauded boxing champion and Sarangani Representative Manny Pacquiao after his unanimous win against Timothy Bradley at the MGM Grand Arena in Las Vegas.

Senator Ferdinand “Bongbong” Marcos Jr. said Pacquiao continues to be a “source of honor and pride” for the Philippines.

“Once again, and as expected, the fighting congressman from Sarangani has given the Filipino people a new radiating source of honor and pride,” Marcos said in a statement.

The vice presidential bet said Pacquiao “has shown to the world that the spirit to overcome challenges defines our character as a Filipino.”

“Now, as in the past, Manny proves that the Filipinos are resilient in the face of odds, united for a common goal, and humble in victory,” Marcos added.

READ: Palace thanks Pacquiao for ‘winning decisively’ against Bradley

Marcos urged Filipinos to use Pacquiao’s win as a unifying factor to make the nation victorious against “vicious troubles.”

(Once again, you showed to our countrymen your dedication amid the challenges you are currently facing.)

Pacquiao, who is on his second term as congressman, is running for Senator in the May 9 elections. IDL