Duterte: Pacquiao has ‘nothing more to prove’ after win over Bradley  | Inquirer News
Close
menu
search

Duterte: Pacquiao has ‘nothing more to prove’ after win over Bradley 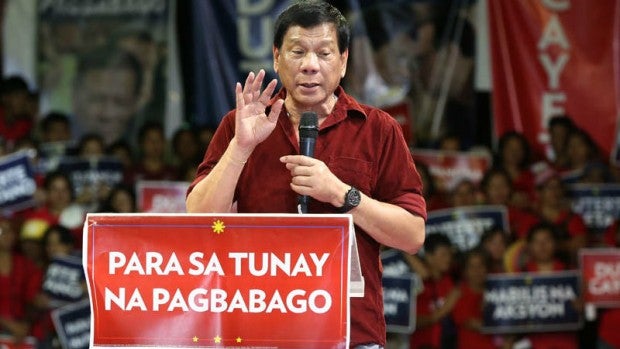 Boxing champion and Sarangani Rep. Manny Pacquiao “has nothing to prove anymore” in his boxing career after a unanimous win over Timothy Bradley at the MGM Grand in Las Vegas, Davao City Mayor Rodrigo Duterte said on Sunday.

“He has nothing to prove anymore. He is a true champion in the hearts of the Filipino people,” Duterte said in a statement.

The tough-talking mayor saluted Pacquiao for his win.

“I am congratulating Manny Pacquiao for his emphatic win over Timothy Bradley. Manny did the Filipinos proud once more,” he said.

After his “last fight,” Duterte hoped that Pacquiao can now focus on his political career.

Pacquiao is running as a senator in the upcoming May elections.

READ: Pacquiao sticks to retirement plan: ‘I made the decision’

“I hope he will find time to concentrate on his political career,” Duterte said. CDG