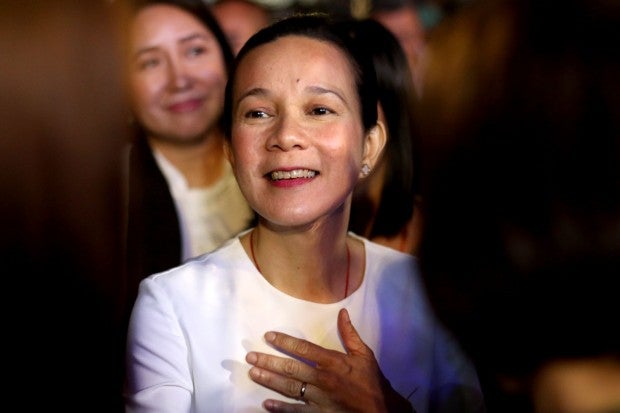 The Supreme Court has denied with finality the motions for reconsideration to reverse its earlier ruling allowing Senator Grace Poe to run for President in the May 9, 2016 elections.

“The Court resolved, by the same vote of 9-6 to deny with finality the said motions for reconsideration as the basic issues therein have been passed up

The high court also dismissed the motion filed by Tatad through counsel Atty. Manuelito Luna to consider in deciding the motions for reconsideration the opinions of various legal experts and law associations.

“The minute resolution that denies the motions for reconsideration accurately reflects the understanding of this Court—that the motions do not raise any new substantial argument, and that all the issues that the motions raised have already been passed upon in the 8 March 2016 decision,” Chief Justice Maria Lourdes Sereno, in her 28-page concurring opinion, said.

The high court has deliberated on the motions for reconsideration last Tuesday but delayed the release of the resolution.

“Nevertheless, due to the strong feelings expressed by some of our dissenting colleagues, the Court decided to delay the release of the resolution dismissing with finality the Motions for Reconsideration and to await submission of their dissents. Some of them may believe that a minute resolution will not do justice to the motions, but that is their view, and that view remains a dissenting view,” Sereno explained.

The high court’s 9-6 ruling stated that there is no material misrepresentation on the part of Poe when she declared in her certificate of candidacy that she is a natural-born Filipino and a resident of the Philippines for 10 years.

The high court, in the same ruling, also said that the Comelec committed grave abuse of discretion when it ordered Poe’s certificate of candidacy (COC) to be cancelled.

In the motion for reconsideration filed by Comelec, it argued that there is no legal basis in saying that Poe is qualified to run for President, claiming there was no majority ruling on the questions on whether she is natural-born Filipino and a resident of the Philippines for 10 years.

Comelec added that leaving the question on her citizenship and residency hanging but still allowing her to run is a “mockery of our elections.”

Associate Justices Marvic Leonen and Diosdado Peralta, in their concurring opinions said under the Constitution, particularly Article IX-C, Section 2 (2), Comelec can only exercise exclusive original jurisdiction over all contests on the qualifications of all elective regional, provincial and city officials and appellate jurisdiction over all contests involving elective municipal officials but not authorized to rule on the qualifications of a President and Vice President.

Peralta said determining the qualifications of a President and Vice President is with the Presidential Electoral Tribunal (PET).

“I opted to join Justice Caguioa in his view that a more thorough discussion of and ruling on Poe’s qualifications, specifically as to her natural-born citizenship, as well as her 10-year residency, are premature, the same being cognizable only after she had been proclaimed as winner of the presidential elections and through a petition filed in the PET, and not the COMELEC, with the precise purpose of contesting what she had stated as her qualifications,” Peralta said.

Leonen on the other hand pointed out that the basic issues on the consolidated petitions filed by Poe is only on whether Comelec committed grave abuse of discretion in ordering the cancellation of her COC.

“The basic issues borne by the consolidated Petitions pertained to the Commission on Elections’ grave abuse of discretion in cancelling petitioner’s Certificate of Candidacy for President in the May 9, 2016 elections. This overarching issue entailed an examination of the extent of the Commission on Elections’ jurisdiction and competence in petitions to deny due course to or to cancel certificates of candidacy under Section 78 of the Omnibus Election Code. Related to this was the matter of whether a candidate’s deliberate intent to deceive is a necessary element for the cancellation of his or her certificate of candidacy,” Leonen said.

He said he cannot accept the pronouncement that their ruling could lead to “chaos and anarchy,”

“To predict ‘chaos and anarchy’ as the Commission on Elections does in its Motion for Reconsideration, therefore, is to caricature and simplify the extended opinions expressed by the Justices of this Court who did not agree with the Commission,” Leonen said.

“Worse, the evil that the Constitution sought to avoid by not endowing it with unbridled power to determine the qualification of a candidate has come to pass. It is not unreasonable to fear that the Commission is now partial against a candidate for the elections for President. Its actuations can easily be misinterpreted as participating in the partisan voices of those who are supporting a different candidate for the elections.”

He said the high court is transparent in its decision, the reason for a more than 600 pages of decision and opinion.

“In deciding these consolidated Petitions, we have endeavored to be transparent and legible because we were all aware of the possible repercussions of our Decision. The lengthy opinions were, to my mind, a tribute to our strong fighting faith that our People can empower themselves by taking the time to read and analyze the various reasons why each of us came to our Decision. After all, a critical and informed view is the mark of an empowered sovereign.,” Leonen said.

Sereno, on the other hand said “the candidates must be allowed to move on; the electorate must no longer be distracted by the skirmishes before this Court. It serves no good purpose for baseless howls of protest to amplify today’s ambient noise.”

“No one is benefited except those who want to ‘game’ judicial processes for political ends. The sovereign choice on who will be the next president of the Philippines must be respected by this Court. Only after this choice has been made may We potentially step in. Needless to say, the expression of this electoral choice would necessarily affect how this Court will decide the issues brought before it. That this is the reality designed by the Constitution itself should have been by now accepted by all mature lawyers and students of the Constitution,” Sereno said.

The high court said it will no longer accept pleadings and motions related to this case.