Indonesian singer dies after being bitten by a cobra while performing 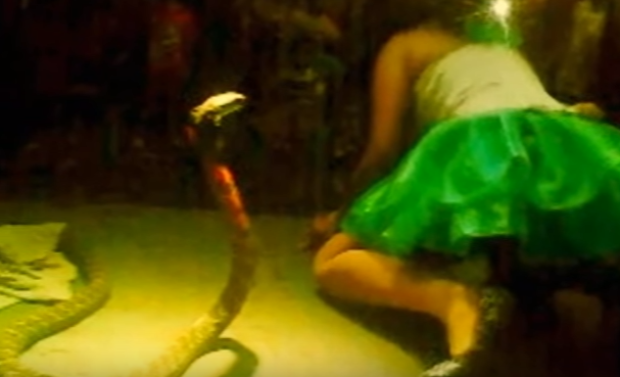 An Indonesian female singer has died after being bitten by a king cobra while performing on stage in a village in Karawang, West Java.

Pop star Irma Bule, 29, was doing a song and dance number on April 3 when attacked by one of the two snakes she used as props. After the snake bite, Bule continued singing for 45 more minutes until she collapsed and vomited.

Ferlando Octavion Auzura, one of the witnesses of the unfortunate incident, told local media outlet Merdeka: “In the middle of the second song, Irma stepped on the snake’s tail. The snake then bit Irma in her thigh.”

The snake handler rushed to grab the snake away from her. Witnesses also said the singer refused to take the antidote offered to her.

She was swiftly brought to the hospital but she was declared ‘dead on arrival’.

A king cobra is one of the most venomous snakes in the world, and its neurotoxins can trigger an elephant’s death in minutes.

Bule is popular for using constrictors and pythons during her performances. She is a singer of dangdut, or traditional pop Indonesian music influenced by Hindu, Malay, and Arabic melody. Dangdut singers utilize gimmicks such as playing with snakes to entertain their fans. Gianna Francesca Catolico, INQUIRER.net