‘Not the right time to blame farmers’ 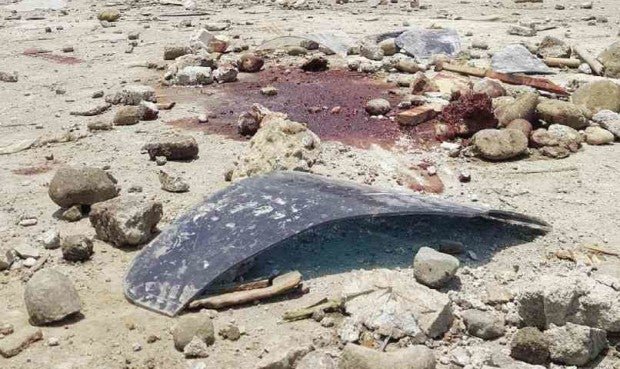 SHIELD AND ROCKS Part of a police shield and rocks are all that remain of the farmers’ protest action which was violently dispersed by police in Kidapawan City on Friday. JOHN PAGADUAN/CONTRIBUTOR

It’s not the time to accuse the drought-hit farmers who lost three of their colleagues during a violent police dispersal in Kidapawan City on April 1, Liberal Party (LP) vice presidential candidate Leni Robredo said on Wednesday.

The Camarines Sur congresswoman once again made clear her disagreement with her running mate Mar Roxas on the issue after the latter suggested on Tuesday that the protesting farmers were being used for political reasons by certain groups.

“Let’s not mind the accusations at this time,” said the widow of former Interior Secretary Jesse Robredo, directing her comments at “government and the other stakeholders.”

“The important thing is first to respond to their grievances and to show that government is doing something for them,” Robredo said.

She said playing the blame game would accomplish little: “Let’s look first at the plight of the farmers and their families because everyone knows that they have been hit hard by the drought.”

The neophyte lawmaker earlier urged the suspension of officials directly involved in the dispersal operations for the duration of the investigation.

In contrast, Roxas’ position has been more circumspect, saying that while he strongly condemned the bloodshed “both on the law enforcement side and on the side of the protesters,” he felt a full investigation was necessary to ferret out the truth.

“This may have been instigated by politicians who wanted something to happen to heighten the issue or raise their ratings,” said Roxas, a former interior secretary who once exercised administrative control over the national police.