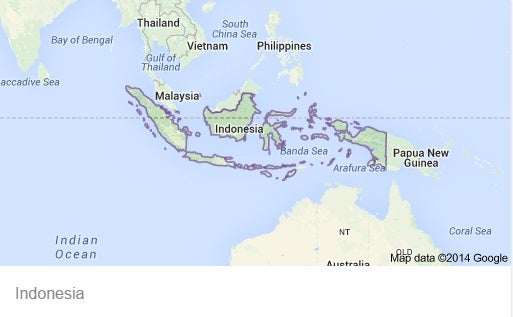 JAKARTA, Indonesia — A strong earthquake struck Wednesday evening off the southern coast of Java, Indonesia’s main island, but there were no immediate reports of damage or casualties.

The U.S. Geological Survey said the magnitude-6 quake was located 35.4 kilometers (22 miles) under the seabed. It was centered 68 kilometers (42 miles) south-southwest of Bunisari, a village in Cianjur district in West Java province, it said.

The Indonesian Meteorology, Climatology and Geophysics Agency, which measured the depth at only 10 kilometers (6 miles), said the quake had no potential to trigger a tsunami.

The West Java Mitigation Agency said the quake caused residents of some areas to panic but there were no reports of casualties.

Indonesia is prone to earthquakes due to its location on the Pacific “Ring of Fire,” an arc of volcanoes and fault lines in the Pacific Basin. A massive earthquake off Sumatra island in 2004 triggered a tsunami that killed 230,000 people in a dozen countries.