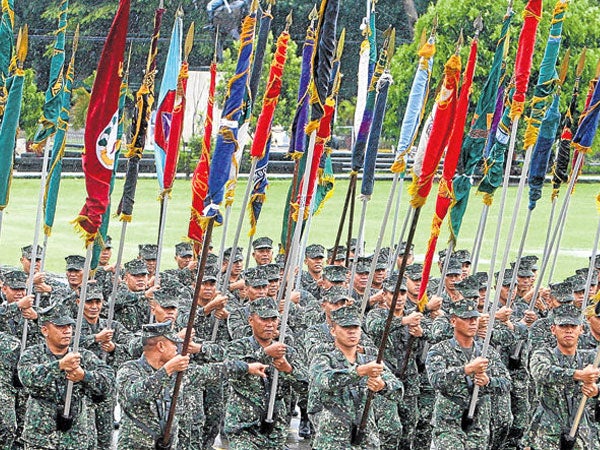 The military task force chiefs of Sulu and Tawi-Tawi were relieved of their posts on Tuesday amid recent kidnappings and the intensified campaign against the Abu Sayyaf.

Tan said they are optimistic that the changes will bring “concrete results” to their current efforts.

Barrientos is the commander of the Army’s 1st Infantry Division, which holds jurisdiction  of Zamboanga, Basilan, Sulu and Tawi-Tawi (Zambasulta), while Amba commands all fleet-marine units and all naval assets of the entire Naval Forces Western Mindanao.

Arrojado and Delgado will keep their posts as brigade commanders.

“This is to allow our brigade commanders to focus on assigned tasks in light of new security challenges in the area,” Tan said.

On Tuesday afternoon, the Facebook page of Joint Task Group Sulu announced the relief of Arrojado and his deputy Brig. Gen. Jose Cabanban. When asked by phone for details, Arrojado refused to comment.

“It’s okay. We are soldiers. We just follow orders,” he said.

Arrojado was pulled out of his Abra assignment in late 2014 to take over the island province of Sulu.

In 2015, the Armed Forces of the Philippines in Sulu said 16 kidnap victims of the Abu Sayyaf held in their stronghold were either released, rescued, retrieved or have escaped.

Authorities would still not confirm if the four hostages in Samal Island in Davao del Norte (two Canadians, a Norwegian and a Filipina) and the Italian national abducted in Dipolog last October were taken to Sulu.

The relief also happens as the deadline for the ransom for the Samal hostages, which cost P1 billion per head, is scheduled on April 8.

The kidnapping of 10 Indonesian crew members on a tugboat last week, which happened near Tawi-Tawi and the Malaysian border, is also blamed on the Abu Sayyaf based in Sulu, although reports have not yet been confirmed. CDG