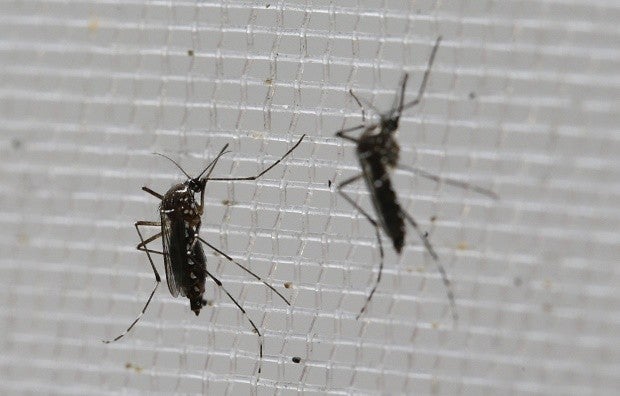 Dengue is one tough nut to crack. There is currently no cure for the mosquito-borne tropical disease, so when you get the fever, the treatment is limited to relieving the symptoms while the infection runs its course.

The female Aedes aegypti is the principal mosquito species that transmits the virus to humans.

Despite the P240-million budget the government spends each year, cases of dengue infection remain high. The annual average of 110,000 dengue cases is among the highest in the Western Pacific region.

But with the groundbreaking dengue vaccine, Dengvaxia, commercially available since Feb. 11, the government expects a drop in both hospitalizations and mortality.

While children 9 years old and above as well as adults up to 45 years old may visit private hospitals to get immunized from dengue, the Department of Health (DOH) said it would provide the vaccine for free to 1.07 million Grade 4 schoolchildren currently enrolled in 6,000 public schools located in the National Capital Region as well as Regions 3 (Central Luzon) and 4-A (Calabarzon).

These three regions reported the most number of dengue cases last year.

While the vaccine does not completely prevent people from getting dengue fever, it will help reduce hospitalization risk by 80 percent as well as lower the probability of developing the illness’ life-threatening forms (dengue hemorrhagic fever or dengue shock syndrome), by 93 percent.

DOH spokesperson Dr. Lyndon Lee Suy is proud to be part of this worldwide effort.

“A third of the world’s population is at risk of contracting dengue fever, a miserable disease that is a leading cause of illness and death in the tropics. Now we have a chance to address the growing number of dengue-related hospitalization and severe dengue cases that almost always lead to death,” Lee Suy said.

According to a study by the University of the Philippines National Institutes of Health, Dengvaxia is expected to reduce dengue cases by over 24.2 percent in the next five years.

This is good news for a dengue patient who spends at least P18,000 for the treatment alone.

“Dengvaxia would be vital in boosting the current community initiatives to fight dengue. But to confer immunity to all four strains of dengue, the vaccine must be administered in three doses given in six-month intervals,” said Ching Santos, country manager of Sanofi Pasteur that developed the vaccine.

Before the inclusion of Dengvaxia in the prevention initiatives, the chief strategy has been to initiate community cleanups to rid the environment of rubbish and mosquito-breeding sites.

But even if people want to clean their surroundings, the congestion in these places simply makes it impossible to attain the level of cleanliness necessary to deprive Aedes aegypti their breeding areas.

This species, recognizable by the white stripes on its legs, can breed in almost any collection of stagnant water—small or large—from a tiny bottle cap to roof gutters and tree holes.

According to Philippine Foundation for Vaccination president Dr. Cecilia Montalban, the need to control the spread of dengue infection is crucial considering the country’s annual economic cost hit P16.7 billion, an amount that takes into account the cost of hospitalization and lost work hours, not to mention the trauma and psychological impact that dengue could bring.

After the Food and Drug Administration approved on Dec. 22 the sale of Dengvaxia (making the Philippines  the first country  in Asia and second in the world to give regulatory approval), the country officially received in February the first batch of the vaccine.

To closely monitor the progress of the vaccination of schoolchildren in April, the DOH is now creating a master list of qualified recipients (who also must have secured their parents’ consent). But this will be finalized once the DOH has finished the orientation seminar for the representatives of the Department of Education and the Department of the Interior and Local Government.

While the government has a P3.5-billion budget for this program, the DOH said it would work toward getting more funding, with the master list becoming an integral part of the documentation that will be presented to the next administration.

The vaccine is the culmination of Sanofi Pasteur’s 25 clinical studies initiated in 15 countries in a span of more than two decades.

More than 40,000 volunteers, including 3,500 children from San Pablo, Laguna, and Cebu City, participated in the global clinical trial. TVJ

Read Next
Basilan folk finally get their dream highway
EDITORS' PICK
House energy committee chair Arroyo bats for cheap electricity
EDITORIAL: To a bike-friendly future
Pagasa: Warm, sunny Sunday in most parts of PH
The Best Tech Gifts For The 2022 Holidays
Is it safe to talk politics again at family gatherings? ‘The Reconciliation Dinner’ shows us what that’s like
vivo’s coming to town to grant wishes with more holiday promos
MOST READ
LOOK: Vhong Navarro transferred to BJMP detention facility in Taguig
The Elephant Man in the Senate
Posh village as ‘shabu’ haven
LOOK: Zanjoe Marudo bonds with Ria Atayde, her family
Don't miss out on the latest news and information.