Fire hits University of the East-Manila 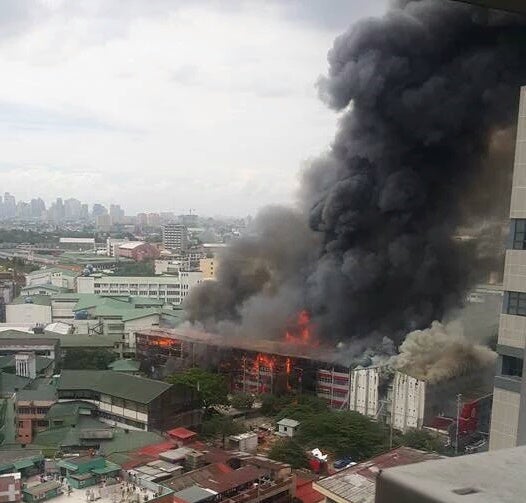 A massive fire hit University of the East (UE) in Recto, Manila on Saturday morning, a report from Radyo Inquirer 990AM said.

The fire broke out at 9:35 a.m., TXTFIRE Philippines said. It said the blaze was raised to Task Force Charlie or third to the last alarm level at 10:05 a.m before it was placed under control at 10: 39 a.m.

A radio DZMM report said welding work at the College of Arts and Sciences Building may have sparked the fire.

The report said the fire spread and also damaged the Engineering building including the University Chapel.

It said a fire official estimated damage to property at about P22 million.

No casualty was reported as university employees were immediately evacuated during the incident.

The fire happened a day after a massive fire razed the Faculty Center of the University of the Philippines Diliman. CDG

UP fire: Loss heavier than P3M

Evaluation of UP buildings, policies sought after Faculty Center fire