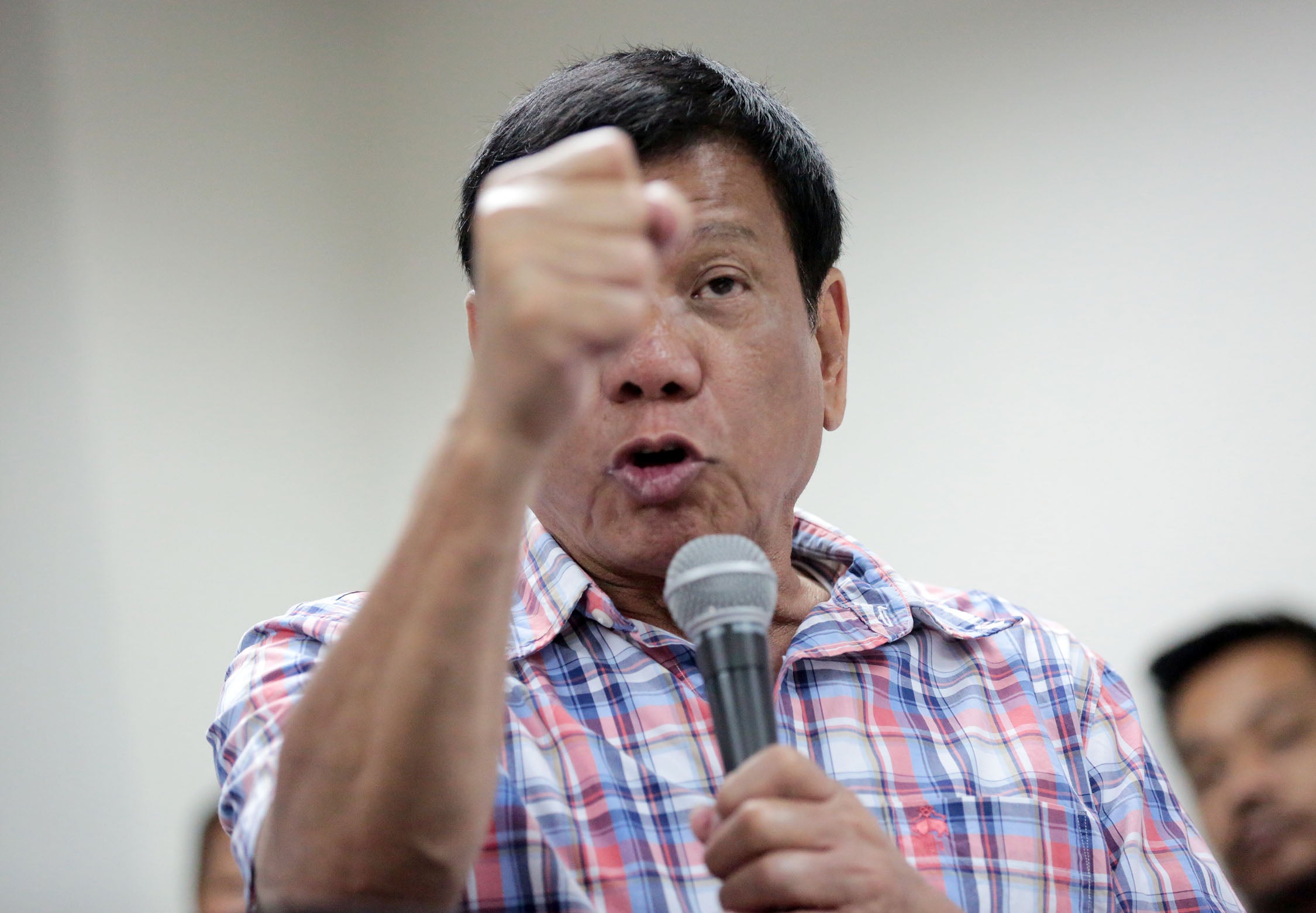 PERHAPS it’s time presidential candidate Rodrigo Duterte enforced his brand of discipline on his own supporters with a penchant for spreading lies, the camp of Liberal Party standard-bearer Mar Roxas said on Monday.

After a series of hoaxes about Duterte receiving the endorsement of such personalities as Pope Francis and US President Barack Obama went viral, Roxas’ spokesperson Barry Gutierrez said the tough-talking Davao city mayor, also known as “Dirty Harry,” should walk his talk and order his own supporters to stop spreading untruths.

“We challenge Mayor Duterte to show the discipline he says he will bring to the country. He can start with his supporters,” Gutierrez said in a statement.

Duterte has some of the noisiest and most active followers on social media, a number of whom have taken to crafting misleading or outright fabrications on Facebook, Twitter and personal blogs, including the fake posts about the Pope and Obama endorsing or hinting at support for Duterte’s candidacy.

“He should tell them to stop spreading lies like the fake endorsement of the Pope, Obama and Miriam [Defensor-Santiago], and the story of the nurse who was supposedly in Tacloban during the typhoon,” Gutierrez said.

The last was a reference to a since discredited social media post by an unnamed Canada-based nurse criticizing Roxas and praising Duterte for their respective reactions in the aftermath of Supertyphoon “Yolanda” (international name: Haiyan) in 2013.

Roxas, the interior secretary at the time, was at the scene of the destruction in Tacloban City, but came under fire for the seeming slow government response that was compounded by local political infighting. Duterte, on the other hand, was supposedly all business and helpfulness.

“Let’s work together to raise the level of discourse in this election. Let’s do this for the country,” Gutierrez said.

Roxas trails three of the four other presidential candidates based on the latest opinion polls. Sen. Grace Poe leads Duterte with Binay in third but with Roxas hot on his heels, and Santiago, who has cancer, in far fifth less than two months before the May 9 elections.