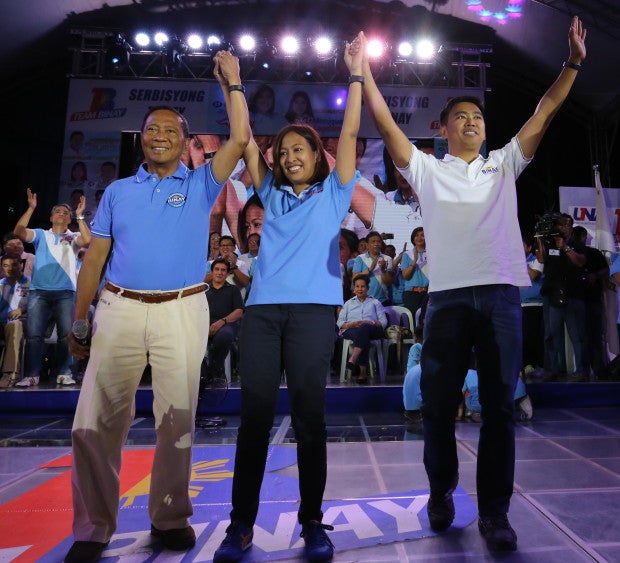 IT was a family affair as the clan of Jejomar Binay kicked off the proclamation rally on Monday of the mayoral bid of the Vice President’s daughter Abby Binay.

Gracing the stage set up on the intersection of Metropolitan Avenue and Chino Roces are the members of the Binay’s family – his wife Dr. Elenita, daughter Abby and Senator Nancy and son Junjun.

Abby’s husband, Luis Campos who is running in his wife’s stead for the congressional district in Makati, accompanied her on stage.

Abby, an incumbent Makati representative, is seeking the mayoral position vacated by her brother Junjun after the latter was dismissed and perpetually barred from public office after the Ombudsman found him guilty of grave misconduct and dishonesty over the allegedly overpriced Makati building.

The crowd jammed the intersection waving slogans bearing the faces and names of Vice President Binay and Abby.

The crowd was ecstatic when Junjun arrived and was called the “real mayor” of Makati.

A group of female senior citizens wearing  leggings and short skirts twerked and spread their legs providing a brief comic relief while waiting for the Binay family.