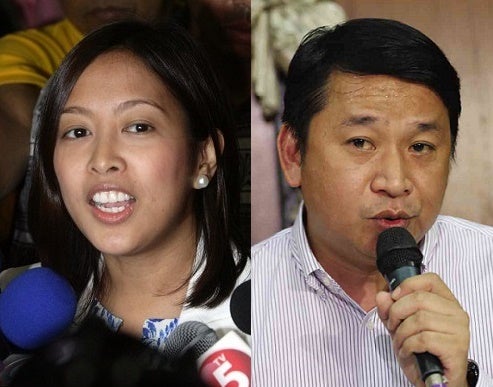 The activity will be held at  3 p.m. at the intersection of Metropolitan Avenue, Chino Roces Avenue and Pablo Ocampo Extension in Makati City.

The congresswoman wants to replace her brother, Jejomar Erwin Binay Jr., who was dismissed as mayor and perpetually disqualified from public service by the Ombudsman. This was after he was found to be liable in the construction of the supposedly overpriced Makati City Hall Building II and the Makati Science High School building.

With Abigail Binay on her final term as congresswoman, her husband, Luis Campos, is running for representative in the city’s second district.

Her toughest rival for the mayoral post, incumbent Makati Mayor Kid Peña of the Liberal Party, earlier announced that he would kick off his campaign with an early morning motorcade around District 1 which he considers his bailiwick.

In an advisory, Peña’s camp said that he and the other candidates on his slate would start at 5:30 a.m. from Lawton Avenue in Barangay West Rembo and go around the barangays in the district. His running mate, Karla Mercado is from the area.

Read Next
MMDA all set for ‘no-contact’ policy
EDITORS' PICK
Look: Money Heist reveals ‘Plan Pilipinas’ as crew takes over several Philippine locations
Holidays made best with Acer’s ‘Holidays at Home’ raffle promo
EDITORIAL: Tap private sector help
PH firms transitioning to hybrid work setups in 2022
In-person classes resume for over 2,000 Metro Manila kids
A grand way to celebrate the holidays
MOST READ
Duterte sons face challengers for the first time
Robredo in Baguio: Trust is not entitlement, we have to earn it
Now an actor-model, ‘Carrot Man of PH’ prefers simple life in the province
The unraveling of Isko Moreno
Don't miss out on the latest news and information.