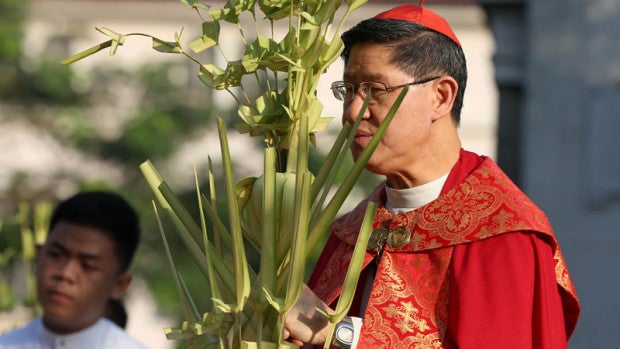 Manila Archbishop Luis Antonio Cardinal Tagle has lamented the “thirst for position” of candidates in the upcoming May elections, which has resulted in mudslinging.

“There’s been a lot of mudslinging. Regardless of whether it’s true or not, come what may, as long as the rival is overthrown,” Cardinal Tagle said during his Good Friday homily at Manila Cathedral.

He also said the desire to win had driven people to “jealousy and mudslinging.”

The “Gospel of Success” had misled many people, he said, adding it was also common in the workplace where crab mentality usually existed.

“And once the opponent falls, you’ll declare, ‘It is finished!’” Tagle said.

The archbishop said personal success and selfish interest had prevailed over love and mercy for others.

“Let us not be like Pontius Pilate who chose his ambition over Jesus,” he said, urging the Catholic faithful to stand up for what was right. RC