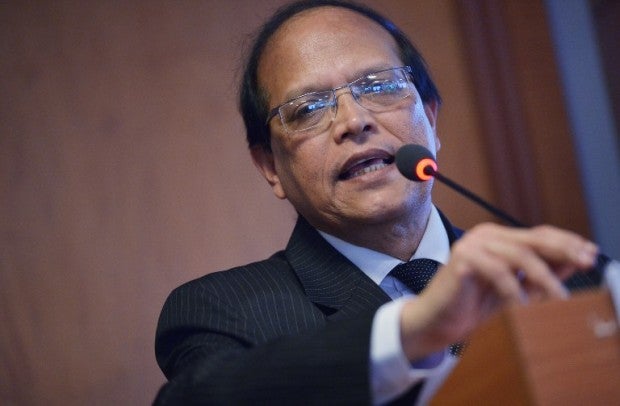 WASHINGTON — A U.S. lawmaker is seeking answers from the Federal Reserve Bank of New York over the theft by cyber criminals of $81 million from the Bangladesh central bank’s account at the New York Fed.

Rep. Carolyn Maloney of New York, the senior Democrat on a key subcommittee of the House Financial Services panel, asked the New York Fed in a letter why it blocked 30 of the 35 fraudulent orders to transfer funds out of the account but failed to block the first five orders.

Maloney is asking for a confidential briefing by the New York Fed’s staff on the Feb. 4 cyber theft.

Her inquiry comes as a Sri Lankan court banned foreign travel by six directors of a foundation that police say was supposed to have received some of the money stolen from Bangladesh central bank’s account. The court order will be enforced by Sri Lanka’s Immigration Department, spokesman Lakshan Zoysa said.

The chief magistrate in Sri Lanka’s capital Colombo, Gihan Pilapitiya, issued the order Monday based on a police investigation of a complaint made by the financial intelligence unit of Sri Lanka’s central bank.

The Sri Lankan police told the court that the Shalika Foundation had opened an account at a private bank in Colombo on Jan. 28 and that six days later, nearly $20 million was sent to the account. The bank alerted the Bangladesh Bank about the transaction and returned the money.

Sri Lanka police said the foundation was set up to help low-income families. The address of its office appears to be a boarded-up house in Colombo, and there is no other known contact information for the foundation.

The $81 million in stolen Bangladesh Bank funds was successfully transferred to private accounts in the Philippines.

“This brazen heist … threatens to undermine the confidence that foreign central banks have in the Federal Reserve, and in the safety and soundness of international monetary transactions,” Maloney said in her letter Tuesday to New York Fed President William Dudley.

“We need a thorough investigation to determine how these criminals were able to manipulate the system” to prevent it from happening again, she said.

Maloney also is asking why the New York Fed requested that Bangladesh Bank reconfirm all 35 transfer orders, but failed to wait until it received reconfirmation before executing the first five orders.

“We fully intend to reach out to the congresswoman and will endeavor to address her questions,” the New York Fed said in a statement Wednesday.

The New York Fed, which acts as a banker to the major U.S. financial institutions based in New York and foreign central banks, has said it found no evidence that its own systems were compromised in the hack. The New York Fed also has said it has been working with Bangladesh Bank since the incident occurred and will continue to provide assistance.

Bangladesh authorities have said they were considering suing the New York Fed over the loss of the funds.