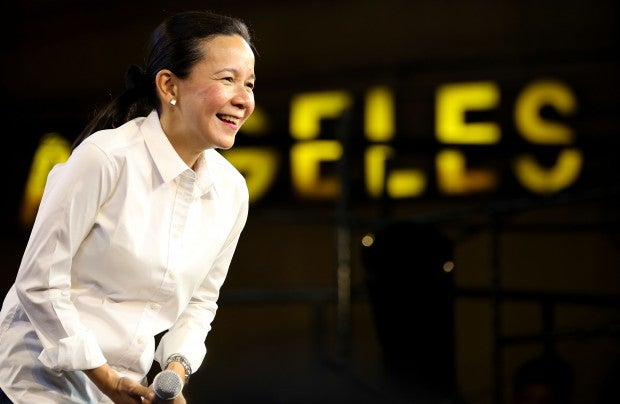 The camp of presidential aspirant Sen. Grace Poe on Wednesday welcomed the Social Weather Stations mobile survey result which picked her as the winner of the second presidential debate held in Cebu last Sunday.

Poe’s spokesperson Valenzuela City Mayor Rex Gatchalian said Poe’s performance in the debate sanctioned by the Commission on Elections at the University of the Philippines Cebu gave Filipinos a sneak peek at how the first-term senator would lead the country should she be elected president in the upcoming May polls.

“Sen. Poe is overwhelmed and grateful to the response of our voting public adjudging her performance as the best in the last presidential debate,” Gatchalian said in a statement.

“Last Sunday, Sen. Poe gave our viewers a glimpse of her style of leadership—decisive and compassionate,” he said.

Gatchalian added that the viewers saw heart in the answers of Poe, whose slate was named “Partido Galing at Puso.”

“Our voting public who watched saw the puso in Sen. Poe’s answers last Sunday, the very same puso that she will use in governing if given the chance to become President of our Republic,” he said.

Poe was picked by 39 percent of respondents of the SWS-Bilang Pilipino mobile survey, which was held a day after the event, as the candidate who performed best during the debate. She was followed by Davao City Mayor Rodrigo Duterte (31 percent), administration bet Mar Roxas (17 percent), and Vice President Jejomar Binay (8 percent). JE

Poe reading a lot, being briefed by experts for Cebu debate