Groups call for release of Marcelino 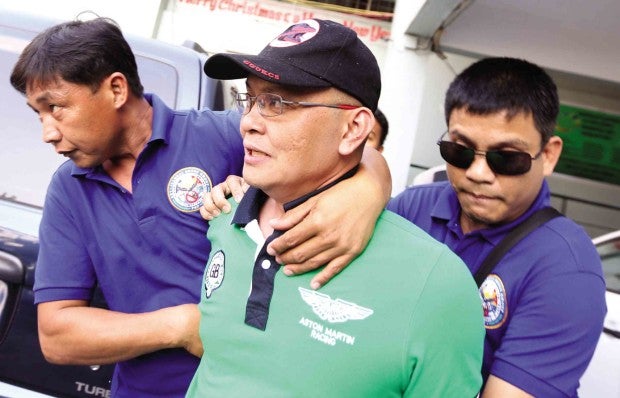 Questions surrounding the arrest of former “drug-buster” and Marine Lt. Col. Ferdinand Marcelino continue to linger—but they are not stopping sympathizers from vouching for his innocence.

A group of Marcelino’s supporters emerged on Tuesday, composed of church, indigenous peoples and urban poor organizations mainly gathered by his sibling, a Catholic nun. They called for his immediate release in a media forum held at St. Theresa’s College in Quezon City.

Marcelino, former head of the Special Enforcement Service unit of the Philippine Drug Enforcement Agency, was detained with Chinese national Yan Yi Shou, a former asset and translator for PDEA, after they were caught at a “shabu” lab raided by the agency and the Philippine National Police at an apartment in Sta. Cruz, Manila, on Jan. 21.

Marcelino insisted that he and Yan were conducting a legitimate surveillance operation. But two months after his arrest, he has yet to present a mission order from any law enforcement agency explaining his presence at the lab and countering the criminal charges filed against him by PDEA and the PNP Anti-Illegal Drugs Group.

Still, Marcelino’s sympathizers believe he and Yan were rightfully acting on their own to validate the lab’s operations. In an affidavit, Yan said he was the one who alerted Marcelino about the apartment on suspicion that it was being used by a drug syndicate.

Also joining the clamor for Marcelino’s release at Tuesday’s forum was his “mistah” (classmate) at the Philippine Military Academy, Vonne Villanueva.

“You ask why he was there. Was there a mission order? But if you have a desire to fight against something, do you still need papers? If you see a crime being committed, can’t you do something to stop it?” Villanueva said. “One explanation there is that [Marcelino] was validating a raw report. That’s what I understand, being a former intelligence officer myself.’’

“Once information is given to you, you can’t just do a report on it. You first validate it. If it’s correct, that’s when you make a report, an action plan, a campaign plan. Because if you just keep forwarding [raw] reports, you will end up wasting resources,” Villanueva stressed.

For Marcelino’s older sister, Sr. Miner Marcelino of the Missionary Sisters of the Immaculate Heart of Mary, the charge linking her brother to the narcotics trade has no evidence to support it.

“There is no prior information existing to say they are involved. They weren’t included in the search warrant. And there are no tips concerning them during previous surveillance operations. When they were searched, there were no drugs on them. And when they were tested [for illegal drug use], they tested negative,” the nun said.

Among the groups represented in the forum were the Diocese of Novaliches, Caritas, the National Commission for Indigenous Peoples – Agta, Sukatan and Pakisama.