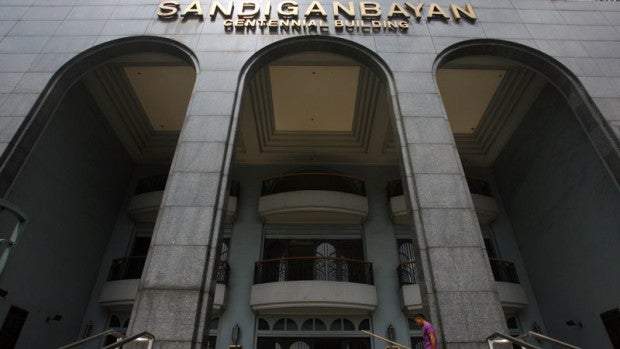 The Sandiganbayan has dismissed the graft case of former Government Security Insurance System (GSIS) President Winston Garcia involving an allegedly anomalous eCard project with the Union Bank of the Philippines.

In a resolution promulgated last March 17, the anti-graft court’s Second Division said it has dismissed the case due to the Office of the Ombudsman’s inordinate delay in filing the case.

According to the graft charge filed by state prosecutors, Garcia in 2004 allegedly gave undue preference to Union Bank causing damages in government by awarding the GSIS eCard project to the said bank without complying with the requirements under the implementing rules and regulations of the Government Procurement Reform Law.

The GSIS eCard is an automated teller machine (ATM) card used to disburse funds to the members of the state pension fund, the court noted.

The court approved the accused’s plea to dismiss the case due to the Ombudsman’ inordinate delay in filing the case which violated Garcia’s right to speedy trial.

The anti-graft court said the complaint against Garcia was filed before the Ombudsman on April 1, 2005, however, the anti-corruption agency took 10 years to investigate the complaint before filing it before the Sandiganbayan on Sept. 2, 2015.

The Ombudsman investigators took six years or until Sept. 12, 2011 to docket the complaint as a regular case.

The Ombudsman had said the field investigation took six years due to a parallel congressional investigation in the House of Representatives.

The court said the Ombudsman’s Field Investigation Office “slumber(ed) through those six years” as if waiting for the results of the congressional investigation.

“By way of peroration, the Court rules that on the ground alone of violation of speedy disposition of the case, his case ought to be dismissed outright,” the court said.

The court also found no probable cause to try Garcia for graft over allegations that he violated the procurement law by unlawfully resorting to limited source bidding, or selective bidding, in favor of Union Bank.

The GSIS Technical Committee chose the Union Bank as the most advantageous to the GSIS according to the results of its financial and technical evaluation.

The court said none of the losing banks “raised a whimper” after the Union Bank was chosen.

The Commission on Audit also did not issue a notice of disallowance on the project.

“Any imputation of violation of Section 3(e) of the Republic Act 3019 in the procurement of Union Bank as ‘eCard partner’ of GSIS would be more speculative than real…” the court said.

Under Section 3 (e) of the Anti-Graft and Corrupt Practices Act, a public official, in the discharge of his or her official functions, is prohibited from inflicting any undue injury or giving unwarranted benefits, advantage or preference to any person or entity.

Ombudsman had accused the GSIS of awarding the project to Union Bank “despite the fact the closing date for submission of bid proposals has not been closed and prior to the recommendation of the committee tasked to evaluate the proposals.”

On its website, the GSIS described the eCard project as its “most innovative government-issued identification card today.”

Garcia, who was appointed GSIS chief by former President and now Pampanga Representative Gloria Macapagal-Arroyo, is now the president of the local party One Cebu and is the gubernatorial bet in the upcoming May elections against reelectionist Hilario Davide III.

The dismissal of Garcia’s graft case was promulgated just days before One Cebu broke up its alliance with Vice President’s Jejomar Binay’s United Nationalist Alliance (UNA), accusing the latter of disloyalty. RAM