Romney to vote for Cruz in Utah caucuses 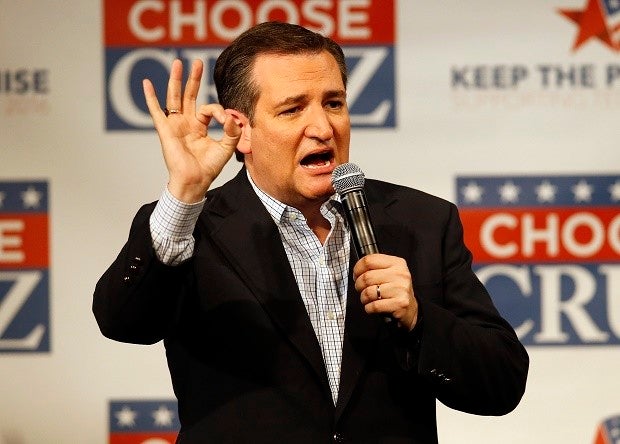 Former Republican presidential nominee Mitt Romney said Friday he will vote for Texas Sen. Ted Cruz in the upcoming caucuses in his home state of Utah, intensifying his attack against front-runner Donald Trump.

“There is a contest between Trumpism and Republicanism,” Romney wrote on his official Facebook page. “Through the calculated statements of its leader, Trumpism has become associated with racism, misogyny, bigotry, xenophobia, vulgarity and, most recently, threats and violence. I am repulsed by each and every one of these.”

Responding on Twitter, Trump noted that Romney had previously supported the candidacies of Ohio Gov. John Kasich and Florida Sen. Marco Rubio. “Mitt Romney is a mixed up man who doesn’t have a clue,” Trump wrote. “No wonder he lost!”

At a rally in Salt Lake City on Friday evening, Trump continued to dig in, jokingly questioning Romney’s faith.

“Are you sure he’s a Mormon? Are we sure?” he asked his crowd at the Infinity Event Center.

Trump also stressed his own connection to Mormons, saying he has employed many who follow the religion, including some who asked him to “make the payment directly to the church.”

“Do I love the Mormons?” he asked. “They’re amazing people.”

As the rally was going on, hundreds of anti-Trump protesters gathered on the street outside, which was closed off by police in riot gear.

Romney delivered a scathing attack on Trump in a speech at the University of Utah earlier this month, in which he called Trump “a phony” who is “playing the American public for suckers.”

A number of Republican officials have shown their support for Cruz in recent days while falling short of endorsing the senator, who is currently in second place in the race for the Republican nomination. On Thursday, Sen. Lindsey Graham said he would help Cruz’s fundraising efforts but stopped short of offering his endorsement to his senate colleague.

Utah is one of four contests scheduled for Tuesday. Early polling shows Cruz leading among the state’s predominantly Mormon voters.

Trump currently leads his rivals, having won 678 delegates in contests held thus far, according to a count by The Associated Press. Cruz is in second place with 423 delegates, and Kasich is in third with 143.