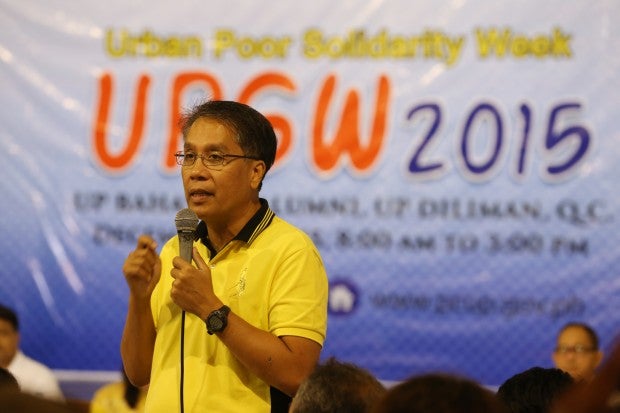 Roxas was Interior secretary from 2012 before he stepped down from his post to pursue his presidential bid in August 2015.

“The Receivables accounts accumulated to a huge amount of ₱7.040 billion because management failed to monitor the liquidations of the fund transfers and submission of the corresponding financial reports contrary to COA Circular No. 94-013,” the audit agency said.

Aside from the P7-billion unliquidated fund transfers, COA found that some P17 million in cash advances also remain unliquidated.

UNA spokesperson Mon Ilagan said that the unliquidated funds at the DILG “speaks volumes” about a Roxas presidency.

“Mar Roxas’ track record as Secretary of the Interior and Secretary of Transportation and Communication speaks volumes of his executive abilities. Kahit sa mga projects na wala namang technical knowledge ang DILG, kinukuha nila. Ngayon, hirap sila mag-monitor at mag-liquidate (They assign the DILG to projects where it has no technical knowledge. So now, they have difficulties monitoring and liquidating the fund transfers),” Ilagan said in a statement.

Ilagan vowed that a presidency under UNA standard-bearer Vice President Jejomar Binay will focus on proper implementation of projects and appointment of people who have “proven track record and ability” to Cabinet posts.

“When investors see that projects are properly implemented, this will help attract more capital, generate more jobs, and provide additional revenues to enable the state to take better care of our poor and marginalized countrymen,” the spokesman said.

According to COA Circular No. 94-013, the implementing agency (IA) shall submit the Report of Checks Issued (RCI) and the Report of Disbursement (RD) within 10 days after the end of each month or the end of the agreed period for a project in order to report the utilization of the funds.