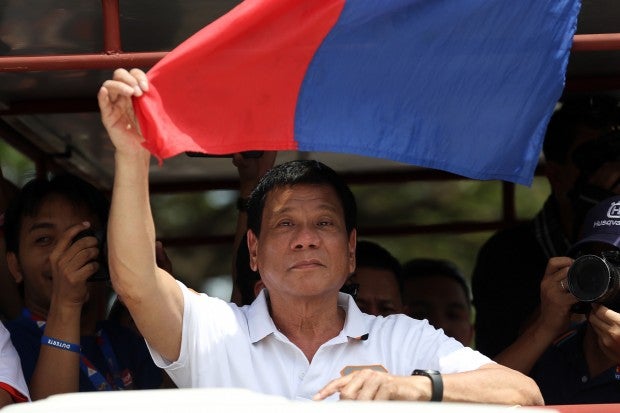 The camp of presidential candidate Davao City Mayor Rodrigo Duterte on Monday claimed that despite suffering a ratings dip in the latest Social Weather Stations (SWS) survey, they are gaining more “converts” on the ground.

Maribojoc town mayor Leoncio Evasco, Duterte’s national campaign manager, said that the change in the voter preference of Filipinos as reflected in the SWS poll is akin to the shifting sands of Paoay’s sand dunes.

“We take survey results seriously and we have seen several, including mock polls and social media trending, reinforcing the observation that Duterte is gaining more believers, adherents and converts,” Evasco said in a statement.

The official from Duterte’s camp said that in their sorties, more people are showing support for the tough-talking mayor.

“This has become more apparent the last couple of weeks as Mayor Duterte and Senator Alan Peter Cayetano covered more grounds than anybody in the campaign trail,” Evasco said.

Duterte’s camp vowed that from here on out, they would continue to “reach out to more people” in the hope of mobilizing them to “volunteer for the victory of Duterte and his running mate.”
According to the results of the latest SWS survey, which was conducted from March 5 to 7, Duterte suffered a three-point loss, dragging him to fourth place at 21 percent.