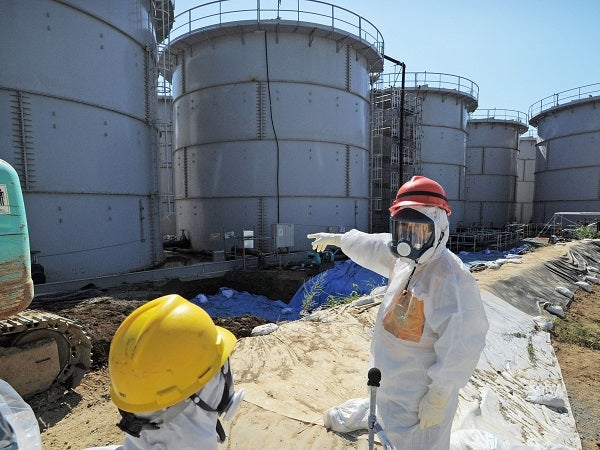 FUKUSHIMA, Japan — The complacency and cozy relationships blamed for the Fukushima nuclear accident are still a problem in Japan, experts warn, even as the country faces the probability of another earthquake and tsunami that could dwarf the 2011 catastrophe.

Friday marks the fifth anniversary of the natural disaster that claimed about 18,500 lives, flattened coastal communities, and set off the worst atomic crisis in a generation.

But, as officials vow to prevent a repeat, some critics say Tokyo’s push to restart switched-off nuclear reactors is proof that the lessons of the tragedy have not been learned.

And many question whether Japan has done enough to tackle some of the key causes of the accident that unfolded on March 11, 2011 — an ill-fated belief in the nation’s disaster management and clubby ties between politicians, bureaucrats and the nuclear industry.

“These kind of relationships can be seen in other countries but Japan is a standout,” said Muneyuki Shindo, an honorary politics professor at Chiba University.

“Ties between the bureaucracy and industry are still very strong — it’s a legacy of government-led development when the country was underdeveloped” after World War II.

Prime Minister Shinzo Abe has made bringing nuclear power back online a priority for the resource-poor country — a move backed by the business community but strongly opposed by a wary public.

Japan’s entire stable of reactors was shuttered in the aftermath of the disaster, when a huge undersea quake sent a tsunami smashing into the coast, swamping the Fukushima Daiichi nuclear plant and sparking meltdowns.

Among those warning over the restarts is Katsunobu Sakurai, the mayor of Minamisoma, a town that lies in the shadow of the crippled plant.

Sakurai drew global attention with a YouTube video in which he pleaded for help — and slammed Tokyo’s response — as radiation wafted toward his community.

Tens of thousands of people were forced to flee their homes — possibly forever — in wake of the worst nuclear accident since Chernobyl in 1986.

“Like the prime minister who is crying ‘economy, economy, economy’, some politicians don’t understand what should come first — lives or livelihood,” said Sakurai, named one of the world’s 100 most influential people in 2011 by TIME magazine.

“The unfortunate fact that lessons were not learned has led to the restart of nuclear power plants.”

Just four of the dozens of shuttered reactors have been switched on under stricter safety rules.

A court on Wednesday ordered the shutdown of two of those reactors owing to safety concerns.

“Maybe people outside Fukushima don’t understand that a nuclear plant can turn into a monster,” said Minamisoma resident Junko Murata.

In response, Japan set up an independent atomic watchdog, replacing the previous arrangement where the industry ministry both oversaw the regulator and promoted nuclear power.

Now, the watchdog is under fire from business leaders for its “slow” turnaround time in greenlighting the reactor restarts, as ministry bureaucrats push for nuclear to account for about 20 percent of Japan’s energy by 2030.

The ex-TEPCO executives facing trial are likely to argue they could not predict the size of the enormous waves that slammed into Japan’s coast.

But even Fukushima’s operator now admits the scale of the accident was partly due to a smug belief in its own safety precautions.

“We had pre-judged that (the plant) was safe… and failed to ask ourselves what we would do if something beyond our imagination were to happen,” said TEPCO spokesman Yuichi Okamura.

Some changes are evident; a number of tsunami-struck communities have been moved to higher ground, while bigger seawalls are going up along the coast and higher barriers are being erected to protect at-risk reactors.

New laws have been passed to quicken Tokyo’s response in a disaster, while communities have beefed up their evacuation plans.

“Japan has tried to upgrade its crisis management but there is still a lot of room for improvement,” said Hisanori Nakayama, professor of anti-disaster policy at Kobe Gakuin University.

And time is of the essence.

The country experiences about 20 percent of the world’s biggest quakes annually, and recently has been more seismically active than usual.

That has raised fears a quake-tsunami disaster dwarfing the 2011 incident will strike Japan sooner, rather than later, possibly at a cost of more than 300,000 lives, by government estimates.

“An earthquake like that could happen at any time,” said Toshiyasu Nagao, head of the Earthquake Prediction Research Centre at Tokai University.

Read Next
US boy, four, accidentally shoots gun-loving mom
EDITORS' PICK
Omicron: What science knows so far about latest Greek-lettered COVID variant
DOH: Booster doses for fully vaxxed adults to start December 3
This new condo in the South will make you want to turn a new leaf
NGCP transmission tower in Lanao del Sur bombed
Legarda: Ending Violence Against Women, a cause for all
Smart offers wireless fiber-like speeds to Filipino homes with country’s first 5G Prepaid Home WiFi
MOST READ
‘Maski na hindi ‘yung mga bright’: Duterte urges public to elect new leaders
Pacquiao to voters: If you can’t vote for me, then don’t vote for a corrupt candidate
Sereno warns: Those accusing Kris Aquino of ‘stealing’ Marcos jewels will face criminal case
Roque defends Bongbong Marcos: ‘He was only 15 years old in 1972’
Don't miss out on the latest news and information.