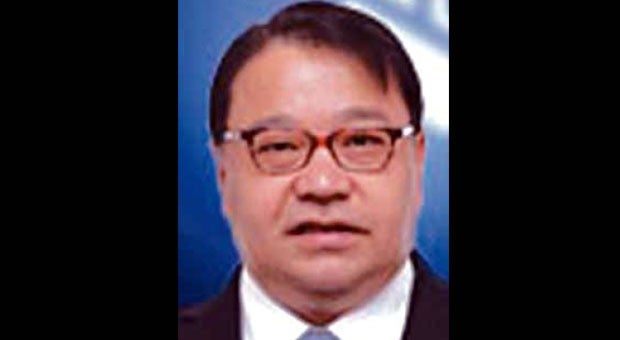 That was how Lorenzo Tan, Rizal Commercial Banking Corp. (RCBC) president and CEO, described the “insinuations” that the top management of the financial giant—controlled by Chinese-Filipino tycoon Alfonso Yuchengco—was aware of multimillion-dollar transactions that were later suspected to be part of an international money-laundering scheme.

In a press statement issued Wednesday, Tan said that he would “fully cooperate with all ongoing inquiries” and he

believed that he and the bank’s management would be fully vindicated.

“I condemn as malicious and actionable insinuations that the top management of the bank knew of and tolerated alleged money laundering activities in one branch,” he said, referring to the $81-million international wire transfer made to the bank’s Jupiter Street branch in Makati City on Feb. 5.

The funds were converted into pesos by the bank’s foreign exchange partner and then moved to the bank accounts of personalities linked to the local casino industry.

Sources told the Inquirer that the some of the funds were then wired back overseas, including at least one bank in Hong Kong—all in a span of a few days.

Another $870 million in wire transfers was blocked after local banking regulators were alerted by foreign banks that approximately $1 billion went missing from the accounts of the Bangladesh central bank, due to an alleged computer hacking incident.

In his statement, the RCBC chief cited his experience and track record in the local financial services industry.

“I have been in the Philippine banking industry for 18 years, rebuilding banks, instituting

reforms in Philippine and Asian banking, creating products for the unbanked and providing capital to small entrepreneurs,” he said.

RCBC itself issued a statement saying it was investigating the large dollar deposit in question at its Jupiter branch “and the subsequent transactions thereon.”

The RCBC corporate vice chair, Cesar E.A. Virata, assured the public that “the bank is cognizant of its bank secrecy obligations and will at all times maintain confidentiality of its accounts.”

“RCBC and its principal shareholders—the Yuchengco family, Cathay Life (the largest life insurance company in Taiwan) and IFC (the investment arm of the World Bank)–are fully committed to comply with all banking laws and regulations, in particular those on money laundering,” Virata said in his statement.

“The bank has timely submitted the required reports to the AMLC and will cooperate with government regulators,” he added. “The bank investigation will involve a committee appointed by the board, assisted by SGV and external counsel.”

The bank, according to Virata, will issue subsequent reports and statements as the investigation progresses.

Read Next
Seattle explosion levels buildings, injures firefighters
EDITORS' PICK
Look Through: Super Typhoon Karding barrels through parts of Philippines
Do all the things you do, faster
POGOs not linked to Illegal online gaming, says Pagcor
House energy committee chair Arroyo bats for cheap electricity
Metro Manila now at moderate risk for COVID-19 — DOH
Motorcycles, smartphones, and cash prizes up for grabs in TNT’s ‘Tuloy Ang Saya’ Raffle in Mindanao
MOST READ
Robredo supporter tackles elephant in room: No massive fraud in 2022 polls, surveys were just right
Comelec invalidates win of sitting governor in Negros Oriental
‘Shopee’ trends on Twitter after Toni Gonzaga becomes its new endorser
DepEd: We are in a crisis situation in education sector
Don't miss out on the latest news and information.