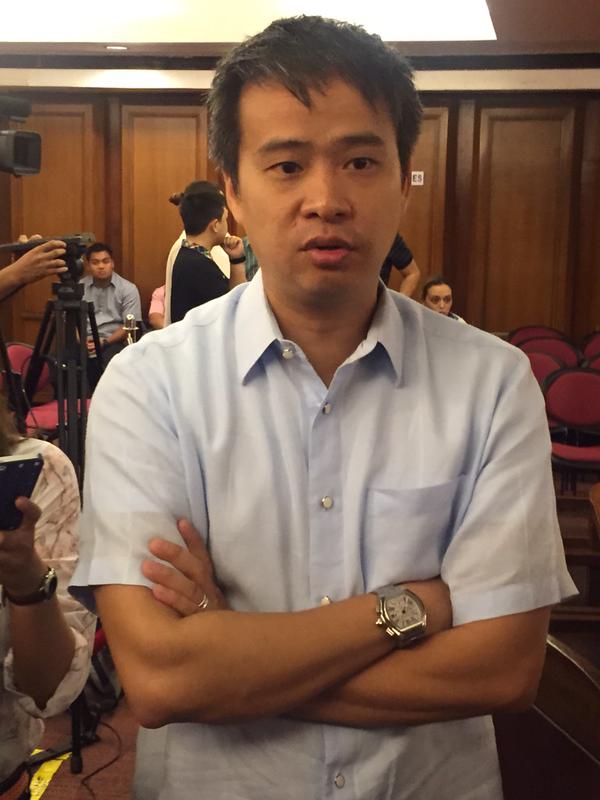 A group advocating good governance has scored senatorial aspirant Joel Villanueva for allegedly using the manpower of the Technical Education and Skills Development or Tesda in his campaign.

Villanueva, former Tesda director, was seen on several occasions using Tesda employees to distribute leaflets and other election materials, according to Jennifer Castro, president of Filipino Alliance for Transparency and Empowerment (Fate).

“We are in the process of gathering more details on the information sent by our field monitoring team. We are not singling him out. All candidates are in our radar. He is no exception,” Castro said.

Castro said Villanueva has no right to bend the law to get undue maximum mileage, visibility and name recall by using an agency he previously headed.

“Villanueva should have some sense of delicadeza, or that very rare commodity among public servants called ethics, should at least compel them to follow the so-called Daang Matuwid,” Castro said.

In last year’s State of the Nation address, Villanueva, son of Bro. Eddie Villanueva of Jesus Is Lord Church, was questioned for allowing one of the graduates of Tesda Jonnalyn Navarossa used as props in the Sona.

He was also among the lawmakers charged in the third batch of pork fund scam cases by Castro also claimed that Villanueva has an even bigger pork fund than former BOC commissioner Rufino Biazon who has been charged in the second batch.

Fate said that objectively, there were more compelling evidence against Villanueva than Biazon and Villanueva’s fake signature defense should be left to the Sandiganbayan to decide just like in the plunder cases of Senators Juan Ponce Enrile, Jinggoy Estrada and Bong Revilla who also claimed their signatures were forged.

Villanueva, now a member of the Liberal Party, was linked to the ‘pork’ scam by whistle-blower Benhur Luy who claimed that while he was representative of party-list group Cibac, funneled P4,850,000 of his pork barrel to Kaagapay Magpakailanman Foundation in 2009-2010, as appeared on the Commission on Elections.

“Villanueva has a lot of explaining to do. We will be closely monitoring his activities,” Castro said.