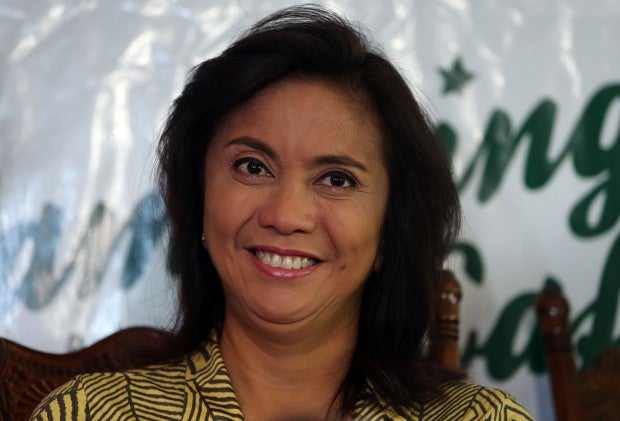 “To address the problems (of battered women), we need to give additional training to (police) personnel assigned to the women and children’s desks with the help of experts,” said the Camarines Sur congresswoman who cited her experiences lawyering for victims of violence against women (VAW) in her hometown of Naga City.

In many cases, Robredo said, the women would withdraw their complaints against their abusive partners because they had no way of supporting themselves and their children.

There should be more focus on women’s economic empowerment to give them greater control over their own lives, said the widow of Interior Secretary Jesse Robredo.

Robredo said she was pushing for economic empowerment to spare women from violence resulting from poverty and lack of financial capacity.

“When you say ‘empowered,’ there should be economic empowerment first, because women who are dependent on other people would not be able to fight for their own rights,” she added.

Robredo stressed the urgency of giving special care and attention to women victims of abuse and their children and said they should be provided economic, psychological and emotional support.

The CamSur representative cited Republic Act No. 9710, or the Magna Carta of Women, that mandates local government units (LGUs) and national government agencies to set aside 5 percent of their funds for gender and development (GAD) programs.

“But many government agencies and LGUs do not follow the law, while others do not use the funds in the right way,” Robredo said.

“If you scan the environment, and look at where the 5 percent really goes, you’d be disappointed to see where the money is spent: printing materials that will only be used during Women’s week, or parties where (a woman speaker) is invited just to comply (with the law),” she added.

Robredo recalled how her late husband, during his term as Naga City mayor and upon her prodding, allocated 10 percent of the city’s budget for the GAD fund.

“That was used by the Naga City Council of Women, which is composed of civil society, the private sector and women government employees, which planned on how to use the fund well,” she said.

These efforts led the Philippine Commission on Women, in 2009, to recognize Naga City as the first Outstanding VAW-Responsive Local Government Unit, Robredo said.