That was Davis Chavez Flores echoing the words of expelled Iglesia ni Cristo (INC) member Lowell Menorca II, whom he sued for adultery last month for allegedly having an affair with Flores’ estranged wife, following reports that Menorca and his family had left the country because of death threats.

Flores, Menorca and the former’s estranged wife, Anne Juntilla Lazo, were supposed to face one another for a 10 a.m. preliminary investigation hearing at the Manila city prosecutor’s office. Only Flores, along with his lawyer, Kristoffer James Purisima, was present.

Menorca was first reported missing by his lawyer Trixie Angeles-Cruz on Monday, but the Bureau of Immigration later confirmed that he and his wife and child left the country Sunday night for Vietnam.

“We’re scheduled to hold the preliminary hearings here for three consecutive Tuesdays. So, why [leave] now? It’s so disappointing,” Flores, an INC member, told the Inquirer. 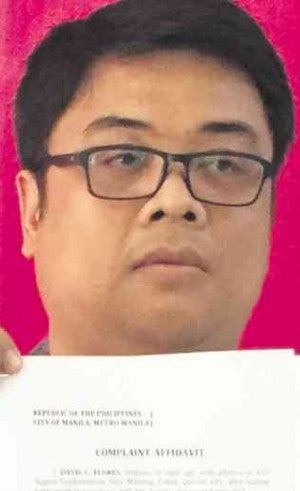 As to Lazo’s absence, Flores said it was impossible for her not to have received the subpoena since the mailing address he provided was that of her family’s residence in Cebu City. “Last I heard, she was seen there [in Cebu City] with a relative, but not her mom and dad. My in-laws have been very supportive of me, although I understand why they’ve chosen to be silent about the issue.” 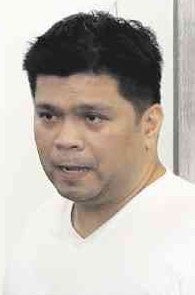 The hearing was rescheduled to 1:30 p.m. the same day by assistant city prosecutor Tyrone H. Almeda, but did not push through since Lazo still did not attend.

Menorca, when told of the adultery complaint filed by Flores on Feb. 12, then exclaimed: “Look at the timing! Wow!” Around the time, Menorca had just been slapped with three libel complaints allegedly orchestrated by the INC leadership.

Purisima said Menorca and Lazo still have a chance to attend two more hearings—on March 15 and 22—to answer the complaint. “We’re subscribing to the legal process, and we’re hoping that they will also subscribe to that same process. It’s very unfortunate that they’re not here,” the prosecutor said.