Poe on US ‘mansion,’ fake SSN: I’m not afraid 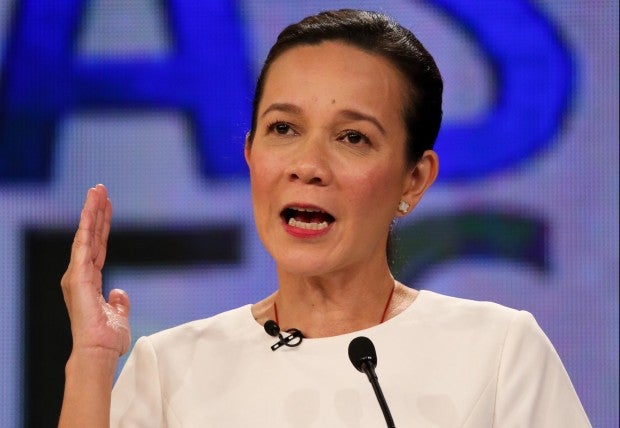 Saying she was not afraid of her detractors, Senator Grace Poe on Monday addressed all allegations being hurled at her — from her alleged fake Social Security Number (SSN) to the reported “mansion” that her family owned in the United States.

(I don’t have a condo in Virginia, okay. The house there, that’s where we lived and we already sold it before we came here in the Philippines.)

(The document was already submitted to the Supreme Court as proof that we came back to the Philippines; that was why we sold it. It does not have nine rooms…)

Poe said the money used to buy the house did not come from stolen sources, adding that her family worked hard to afford it.

“Kaya ko silang harapin dito. Nakakalungkot na ginagawa nila ‘yan (I can face them on this. It’s just sad that they are doing this),” she further said.

Poe also reiterated that she did not own a fake SSN, which supposedly belonged to a dead person, as earlier reported by the Daily Tribune.

READ: Poe camp shoots down report she has 2 US Social Security numbers

The SSN being referred to in the report, the senator said, was her student number when she was still studying at Boston College in Chestnut Hill, Massachusetts. She said she is willing to get the record from the school to bely the report.

(If they want to insist on it, that’s up to them; as long as I know the truth. I’m not afraid of them. Let them prove if I really said that that was my social security number. That was my student ID number for three years in that school.)

(They are saying that I used it to buy a property in America? Why would I do that? My husband and I have an official number. You know, they just want to find anything [against me].)

(I didn’t steal from you, I didn’t take advantage of you, I didn’t forsake my work. Don’t invent stories like that. I’m not afraid of you because I’m not like the others whom you’re protecting; I’m not lying.)

She refused to say who could be behind all these reports against her, but she expressed dismay at how she was being subjected to this kind of smear campaign.

(It’s disappointing because the others who are running for office, or one of the candidates has committed grave sins against the country. Here, I worked hard, did my job honorably, but they still made up stories like that about me. I have no reason to deceive my countrymen about that.) JE