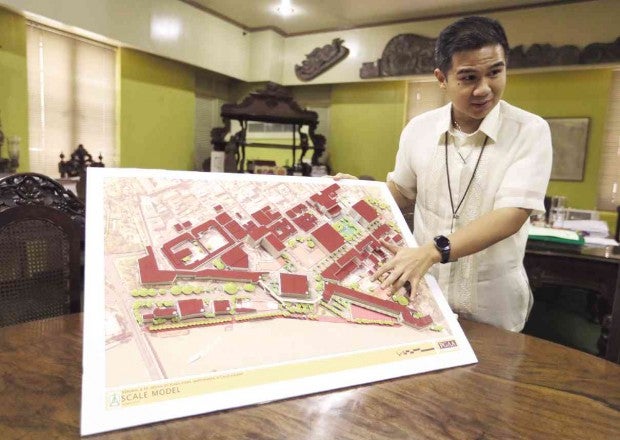 Sardillo: If we build it, they will come. RAFFY LERMA

Almost a year since the Intramuros Administration (IA) announced plans to clear General Luna and A. Soriano Avenues of overhead utility cables by placing them underground, the Walled City’s two main roads remain virtually unchanged, with the eyesores still spoiling the view of the old Spanish-era enclave in Manila.

The funds are already there, but the project has proven to be “such an engineering nightmare,” according to IA chief Marco Antonio Luisito Sardillo III.

“Apparently it is such a headache,” Sardillo said in an Inquirer interview on Thursday. “Even Meralco has told us that it’s the first time they are undertaking an underground cabling project of this sort. People cite Bonifacio Global City (in Taguig), but when that started out it was completely blank. Here we have an existing development. So migrating those cables from overhead to underground, while managing your stakeholders’ (power supply), that’s a nightmare.”

Sardillo said he hoped the project, which will use up P330 million of the P900-million Intramuros rehabilitation program funded by the Tourism Infrastructure and Enterprise Zone Authority (Tieza), would finally take off this year. IA aims to break ground on A. Soriano in April or May before Sardillo vacates his office as he is coterminous with President Aquino, whose term ends in June.

Sardillo recalled how IA’s excitement over the project was matched by the positive buzz it created when the agency made the announcement last year. “All the comments I saw online said that people want this [to happen]. They were all overwhelmingly positive. The only negative feedback I saw was ‘why is it being done only now?’”

It has taken a while, but the designs have finally been prepared and the next step is to find a contractor, he said.

Once the cables are moved, the power supply will not be interrupted in the nearby structures along the roads, where common utility buildings will be designated.

What people should brace for is the heavy traffic to be caused by the road diggings, he said. “It is really more of an infrastructure investment to complement our efforts to enhance mobility and pedestrianization.”

By pedestrianization, Sardillo was referring to IA efforts to make Intramuros a more “walkable” tourist site. Like the underground cabling project, this aspect of the rehab program is being initiated on A. Soriano Avenue, where the number of lanes for cars will soon be reduced, thus yielding more space for sidewalks.

On General Luna, one lane has been closed off to vehicles to allow wider space for people, with plant boxes serving as barriers between lanes and signs telling motorists about the new traffic scheme. 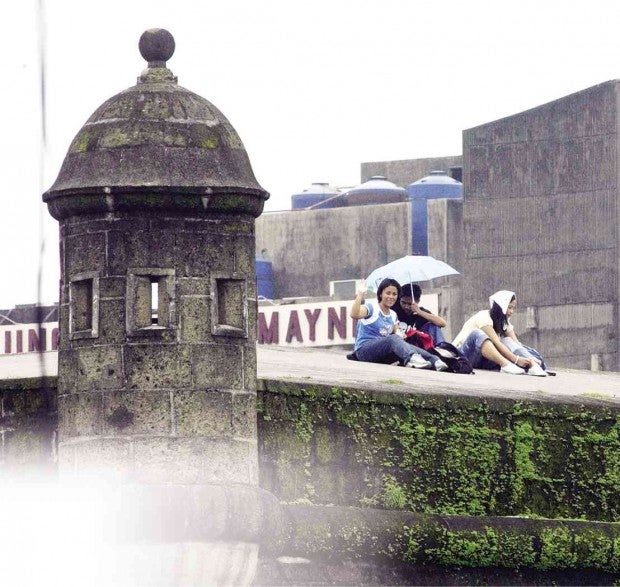 Along the watchtower in the Walled City. FILE PHOTO

For the next phase, “Segunda,” P300 million has been allotted for the construction of Museo de Intramuros on Arzobispo Street. Work is also ongoing at the museum complex, which is expected to open in 2017.

Also in the pipeline is the construction of the 1.7-hectare Department of Tourism (DOT) Philippine Travel Center beside Fort Santiago on a piece of land currently occupied by a warehouse, a parking lot and the Philippine Navy Reserve Command. (IA is an attached agency of the DOT.)

Navy can give way

Sardillo said the travel center project has been delayed because the DOT still needs to meet and negotiate with the owner of the warehouse on Maestranza Street in order to acquire the property. “It’s occupied by Sunworld Enterprises, and I’m appealing to the owner, Edison Yu, to please meet with us.”

The Philippine Navy, on the other hand, has confirmed in writing that it is willing to move the command base to Fort San Felipe in Cavite City, he said.

As to the parking lot, “we are looking into shifting parking options to areas outside Intramuros and also create a transport system which can shuttle people to and from Fort Santiago so they won’t have to use their cars. Part of this is the possibility of using water taxis to maximize the use of the Pasig River,” Sardillo said.

The final phase, “Tercera,” will focus on the informal settlers within Intramuros. On top of its P34-million budget this year, IA was given an additional P410 million mainly to support relocation efforts for these families. Sardillo said he had begun talks with institutional partners to ensure that his successors in IA would continue this part of the rehab program.

The ultimate goal is to increase land values in Intramuros by building the infrastructure, which in turn will draw more investments—and more foot traffic—to the Walled City.

“Intramuros is a living, functional city. Guests or tourists mingle every day with office workers, students. The number of tickets sold in gated attractions like Fort Santiago don’t quite capture the full complexion of the place,” said Sardillo.

The real test, he said, is the length of time tourists spend in the area—and pedestrianization is just a basic move to make them stay longer. It’s the presence of better infrastructure that will make people want to visit, or revisit, one of the country’s major historic sites.

“If we build it, they will come,” he stressed.