US military beginning to recruit women for combat jobs 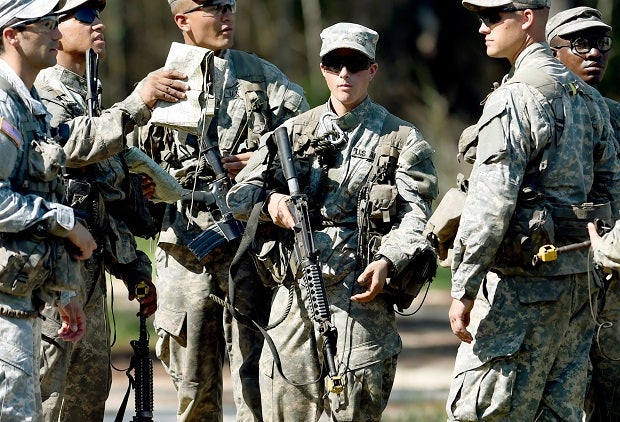 In this photo taken on Aug. 4, 2015, a female Army Ranger stands with her unit during Ranger School at Camp Rudder on Eglin Air Force Base, Fla. Northwest Florida Daily News via AP

WASHINGTON — New plans show the US military services are already beginning to recruit women for combat jobs, including as Navy commandos, and could see them serving in previously male-only Army and Marine Corps infantry units by this fall.

The plans obtained by The Associated Press say that some of the services predict that only small numbers of women will volunteer or get through training courses. The Marine Corps estimates 200 women a year will move into ground combat jobs. And US Special Operations Command said it anticipates a “small number” of volunteers for its commando jobs.

The Navy said it’s already collecting submission packages from prospective commando candidates and could see women in entry-level enlisted and officer training in September and October.

READ: Defense chief to US military: open all combat jobs to women