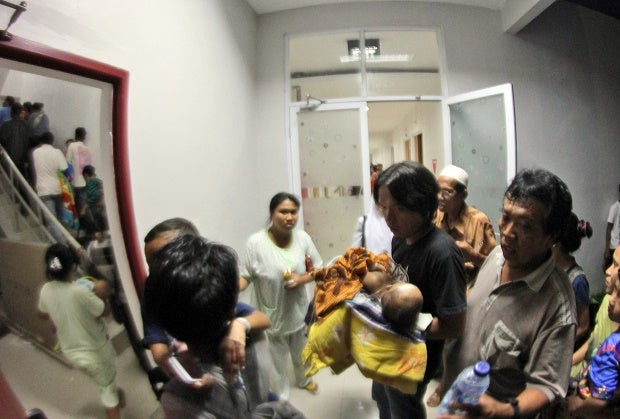 PADANG, Indonesia—A ship carrying military personnel and search and rescue officials was dispatched Thursday to check on remote island communities in western Indonesia a day after a powerful earthquake, as strong aftershocks rattled the region.

Sumatra is regularly hit by natural disasters, with the worst in recent memory the 2004 quake-triggered tsunami, which engulfed the northern tip of the island and killed more than 200,000 people in Indonesia and in countries around the Indian Ocean.

But Wednesday’s tsunami alert was lifted after several hours and life was returning to normal in Sumatra’s major cities, with no reports so far of casualties or major damage to buildings.

However the national search and rescue agency said a ship carrying a team, including search and rescue officials and military personnel, had been dispatched to Tuapejat in the Mentawai Islands, off Sumatra’s west coast, to check on isolated communities. The islands were the closest land to the quake’s epicentre.

Phone contact had not been properly established with Tuapejat since the quake, the agency said, but added this was not unusual in the remote islands.

“The team will head there to check the situation,” the agency’s West Sumatra division said in a statement, adding that residents were still believed to be sheltering in the hills.

The Mentawai Islands are poor and isolated, although they are a popular destination with some intrepid foreign tourists, particularly surfers.

The small archipelago is regularly hit by quakes, and hundreds were killed in the islands by a tsunami in 2010.

Indonesia sits on the Pacific “Ring of Fire,” where the meeting of continental plates causes strong seismic activity, and is frequently hit by earthquakes.

Indonesia’s Meteorology, Climate and Geophysics Agency, which monitors earthquakes, said aftershocks were continuing to rumble throughout the region, with a 5.3 magnitude quake recorded Thursday at around 9:30 am (0230 GMT).

But the agency said people should remain calm, as the tremors had been reducing in force since the major quake.

“Based on data from these aftershocks we do not believe there will be an earthquake of greater strength,” the agency said in a statement.