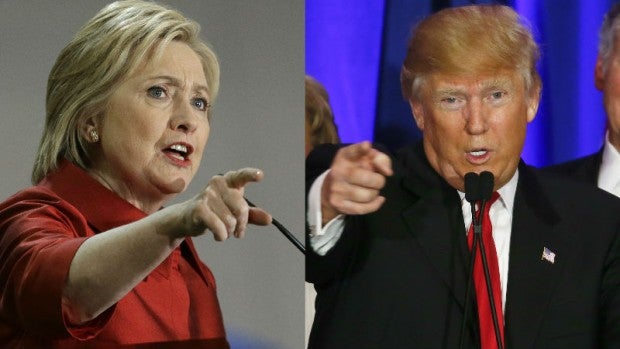 WASHINGTON — Republican Donald Trump and Democrat Hillary Clinton are turning their rhetorical fire on one another as both front-runners emerged with strong victories in their parties’ Super Tuesday contests for the presidential nomination.

Trump, the trash-talking New York billionaire, and Clinton, the former secretary of state, each won seven states in the biggest day in the primary campaign, building their leads in the delegate counts that will determine each major party’s nominee in national conventions this summer.

Tuesday’s outcome moves the contest closer to a Trump-Clinton showdown in the November election, likely be the starkest contrast in presidential candidates American voters have seen in their lifetimes.

The next round of voting in a busy March comes Saturday, with Louisiana’s primary, Republican caucuses in Kentucky and Maine, a Democratic caucus in Nebraska and caucuses for both parties in Kansas.

Clinton on Tuesday turned away from rival Bernie Sanders, the Vermont senator who identifies as a democratic socialist, and set her sights on Trump during a victory rally in Miami.

“It’s clear tonight that the stakes in this election have never been higher and the rhetoric we’re hearing on the other side has never been lower,” said Clinton, who is trying to become America’s first female president. President Barack Obama is barred by the constitution from seeking re-election after two four-year terms.

Trump, too, had his eye on Clinton, casting her as part of a political establishment that has failed Americans.

“She’s been there for so long,” Trump told a news conference at his Mar-a-Lago resort in Florida. “If she hasn’t straightened it out by now, she’s not going to straighten it out in the next four years.”

Trump’s dominance has shaken Republican leaders, who fear he is unelectable. Tuesday’s results did little to clarify which of two senators, Ted Cruz or Marco Rubio, might emerge as Trump’s main Republican rival, with both vowing to fight on despite weak performances. 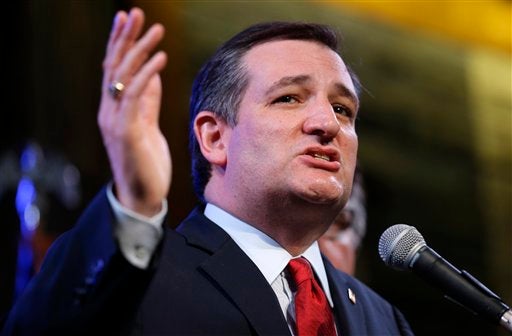 Cruz, a firebrand conservative senator, won the biggest prize, his home state of Texas, and neighboring Oklahoma as well as Alaska, giving him four wins overall, including the leadoff Iowa caucuses. But he failed elsewhere in the South, where he had campaigned extensively and early on. Trump displayed surprising strength with evangelical Christians and social conservatives, once seen as a natural constituency for Cruz.

Still, Cruz called on Rubio and other candidates to step aside: “I ask you to prayerfully consider our coming together, united.”

Rubio emerged Tuesday with his first victory, in the Minnesota caucuses, but did not live up to the hopes of many in the Republican establishment who have promoted him as the party’s best alternative to Trump. His hopes are now on the March 15 primary in his home state of Florida, where, unlike Tuesday’s contests, the winner will claim all the delegates.

In the Democratic race, Clinton has faced a tougher-than-expected challenge from Sanders, who has energized supporters with his calls for a “political revolution” and denunciations of America’s wealth gap. But he has struggled to expand his base beyond young people and liberals.

Sanders won four states Tuesday: Colorado, Minnesota, Oklahoma and his home state of Vermont. But Clinton won the biggest states and by wide margins, giving her a much larger share of delegates.

Clinton was assured of winning at least 457 of the 865 delegates at stake on Super Tuesday, while Sanders picked up at least 286 delegates. Overall, Clinton now has at least 1,005 delegates. Sanders had at least 373. It takes 2,383 delegates to win the nomination.

Clinton won in Texas, Massachusetts, Arkansas, Alabama, Tennessee, Georgia and Virginia. The wins reflected her strength in the South, where black voters are an important part of the Democratic base. Clinton also won in the South Pacific island territory of American Samoa. She was supported by at least 80 percent of black voters in the Deep South and Texas and bolstered by women and older voters.

Trump won 203 delegates Tuesday, while Cruz picked up 144. Overall, Trump leads the field with 285 delegates, with 1,237 needed for the nomination. Cruz has 161, Rubio has 87, Ohio Gov. John Kasich has 25 and retired neurosurgeon Ben Carson has eight.

In six of the states voting Tuesday, large majorities of Republican voters said they supported a proposal to temporarily ban all non-citizen Muslims from entering the United States, an idea championed by Trump. TVJ