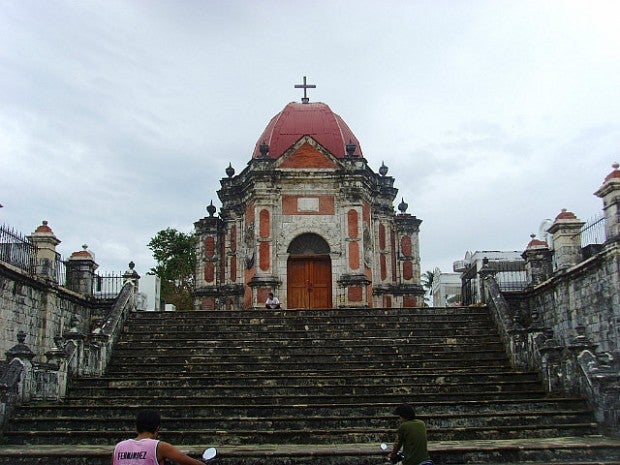 ILOILO — Philippine authorities said Wednesday they are looking for a parish priest who allegedly damaged part of a historic cemetery chapel in search of treasure.

Father Nelson Silvela, parish priest of the town of San Joaquin in the central island of Panay, vanished after the arrest of 10 men he allegedly hired to dig up the chapel known as the ‘Camposanto’, said Mayor Eduardo Servidad.

“We consider the Camposanto a holy place and we did not expect a priest like him to do a thing like this,” he told AFP.

The men had dug a hole about 18 meters (60 feet) long which had weakened the structure of the chapel located at the center of the cemetery built in 1892, the mayor said.

The cemetery and chapel, famous for its oriental baroque architecture and ornate carvings, were declared a “national cultural treasure” in 2015 and have long been a tourist attraction.

The 10 men, armed with tools, a metal detector and a water pump, were arrested on February 24 and later identified the priest as having hired them to dig for an unspecified treasure, Servidad said.

The local archbishop, Angel Lagdameo, told AFP he had suspended the priest and would support any criminal charges against him.

He said Father Silvela’s act was “a big violation” that had deeply hurt the people of his parish.

The mayor said the priest may be charged with damaging cultural treasures, a crime punishable by 10 years in jail.

The Philippines is a largely Catholic country and churches and other holy places are usually treated reverently.