US bishops hid abuse of hundreds of children — grand jury 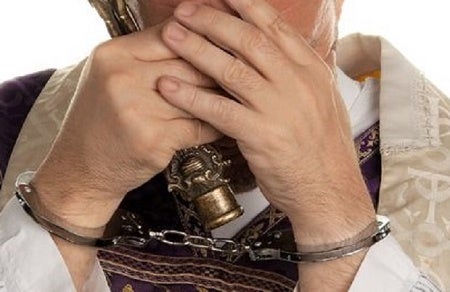 The 147-page report came out two days after Hollywood movie “Spotlight” won an Oscar for best picture for chronicling a newspaper investigation into sexual abuse in the Catholic Church and institutional efforts to cover up the crimes.

The report uncovered a “secret archive” of damning evidence stuffed into boxes and filing cabinets in a church office in the central Pennsylvania diocese of Altoona-Johnstown, which is home to around 90,000 Catholics.

Handwritten notes, letters and documents detail children being abused by members of the church, and show that Bishop James Hogan, who died in 2005, and his successor Bishop Joseph Adamec, 80, knew of the allegations and intervened to stop predatory priests from being arrested, the grand jury found.

“The heinous crimes these children endured are absolutely unconscionable,” said Kane. “These predators desecrated a sacred trust and preyed upon their victims in the very places where they should have felt most safe.

“Just as troubling is the cover-up perpetrated by clergy leaders that allowed this abuse to continue for decades,” she added.

None of the criminal acts detailed in the report can be prosecuted because alleged abusers have died, victims are too traumatized to testify and the statute of limitations on prosecuting cases has expired, prosecutors said.

Between 5,700 and 10,000 Catholic priests have been accused of sexual abuse in the United States, but only a few hundred have been tried, convicted, and sentenced for their crimes, according to the watchdog Bishop Accountability.

The “secret archive” was uncovered by investigators acting on a search warrant last August — just one month before Pope Francis visited Pennsylvania as part of his inaugural visit to the United States.

Francis has vowed to root out abuse and said following his return from America that bishops and officials who covered up sex crimes were themselves guilty.

Among the staggering 115,042 documents impounded by investigators, were handwritten notes by Hogan, documents sent to Adamec, statements from victims and correspondence with offending priests.

The grand jury alleges both bishops were at the fore of the church cover-up and details occasions on which police and prosecutors failed to pursue allegations.

In the early 1980s he was reported to police for sexually violating a boy, but Hogan intervened and assured police he would send Gaborek to an institution, the grand jury found.

Instead, Gaborek went on sabbatical to a boys’ school, where no treatment was available, before being reassigned to another parish, the report found.

The diocese’s own files admitted Gaborek would have been convicted “except that the bishop intervened,” the grand jury found.

The report called another cleric, monsignor Francis McCaa, “a monster” for groping and fondling at least 15 boys aged eight to 15. At least one of the victims committed suicide, the report found.

Hogan also kept detailed notes in this case, met prosecutors and had McCaa transferred to work as a chaplain at a West Virginia hospital.

In 2002 when a victim of another priest met Adamec, the bishop sent the offender off for one month of “treatment” before returning him to his duties. The case was never reported to police, the grand jury said.

The priest in question, Martin Cingle, testified to the grand jury that he could have “accidentally” fondled the boy in 1979. The grand jury discovered that Cingle told Adamec the same version of events.

Cingle was removed from his job only last year at the insistence of the attorney general’s office, prosecutors said.

The report calls on other victims to come forward to see if charges can be brought and recommended the statute of limitations for sexual offenses against minors be abolished.

Since the abuse crisis became public in the 2000s, the US church has spent more than $3 billion in settlements, according to Bishop Accountability.

The group has documented settlements for 5,679 alleged victims of Catholic clergy — only a third of 15,235 allegations that bishops say they have received. One estimate suggests up there were 100,000 US victims.